A Leimart Park neighborhood has been shaken by an alleged kidnapping. A doorbell camera captures the sound of a woman screaming for help as a car speeds off, but no one knows who she is. Police are asking the public for help.

LOS ANGELES - An investigation is underway into a possible kidnapping after audio of a woman screaming was captured on a doorbell security camera on Tuesday night in Leimert Park.

The Los Angeles Police Department is asking for the public’s help in identifying and locating the victim.

Police say on November 12th around 11:20 p.m. witnesses heard a woman screaming “help me, somebody help me” near a home on the 3000 block of 3rd Ave in the Leimert Park area of South Los Angeles.

One of the homeowners who doesn't want to be identified told FOX 11 she was listening to music in her upstairs bedroom when she heard screaming.

“As she heard us approach the porch, she asked us to help her. She said can you please help me?! We tried to run out to the street then he pulled off.”

At the same time witnesses told police they saw a 4-door white Prius speed off with two occupants inside. The police department says an African American female, who is believed to be the victim, around 17 to 19-years old with long braids in her hair was spotted in the front passenger seat along with the possible suspect in the driver’s seat.

According to a statement from the Los Angeles Police Department a witness observed the victim’s hair being pulled back as she was screaming. The witness also saw plastic wrap over the front passenger side window possibly related to a prior traffic collision.

Anyone with any information on the identity of the female or male seen in the video, you are urged to contact Southwest Area Detectives at 213-485-2197. 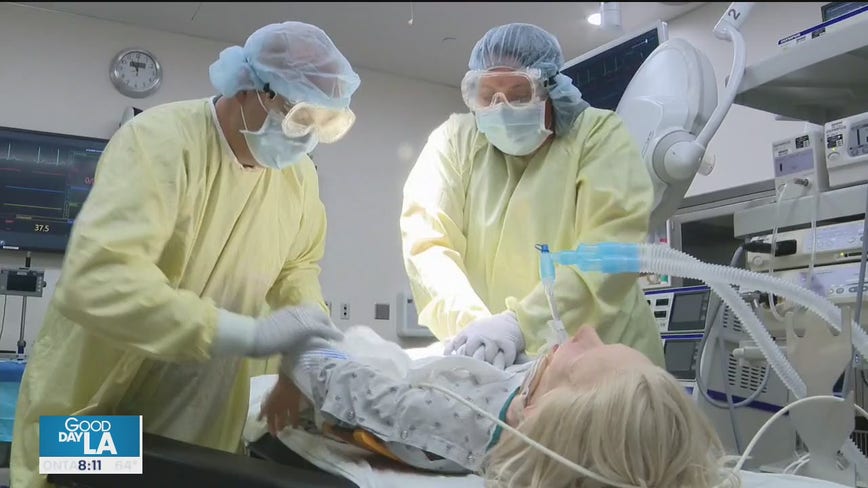