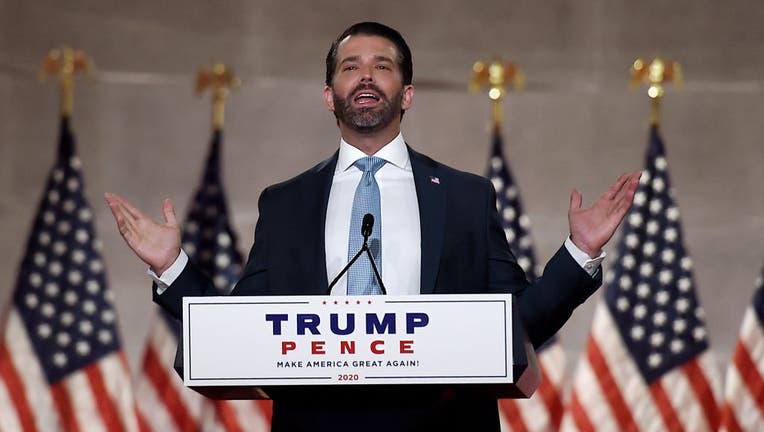 Donald Trump Jr. speaks during the first day of the Republican convention at the Mellon auditorium on August 24, 2020 in Washington, DC. (Photo by Olivier DOULIERY / AFP) (Photo by OLIVIER DOULIERY/AFP via Getty Images)

WASHINGTON - Donald Trump Jr., the eldest son of President Donald Trump, was quarantining Friday after learning he has been infected with the coronavirus, a spokesperson said.

The younger Trump learned his diagnosis at the beginning of the week and has had no symptoms, said the spokesperson, who was granted anonymity to discuss private medical information.

Trump Jr. is following all medically recommended guidelines for COVID-19, the disease caused by the virus, the spokesperson added.

The 42-year-old is the latest member of the president’s family to become infected with a virus that has killed more than 250,000 Americans and infected nearly 12 million others.

President-elect Joe Biden made President Trump’s response to the virus a top issue in the recently concluded race for the White House, though Trump has yet to acknowledge the outcome.

President Trump, first lady Melania Trump and their son Barron have all recovered from their coronavirus infections in October. The president spent three days in a military hospital where he was treated with experimental drugs; the first lady weathered her illness at the White House.