A driver was confronted in San Bernardino County after allegedly dragging a dog from the bumper of their vehicle in Apple Valley.

APPLE VALLEY, Calif - A dog is recovering at the vet after it was allegedly dragged by a driver in Apple Valley.

It happened Friday around 8 a.m. near the area of Milpas Drive and Desert View Road. According to an Instagram post from Tammy Jarrard, she was driving along Milpas when another driver stopped her and told her that a driver up ahead in a white Chevrolet Tahoe was dragging a dog, and that she was calling 911.

Jarrard said she kept driving and eventually saw the driver. "When she saw me hit my brakes and come towards her, she rushed back to her truck as she was at the back of her vehicle untying the leash from her bumper," the post read. 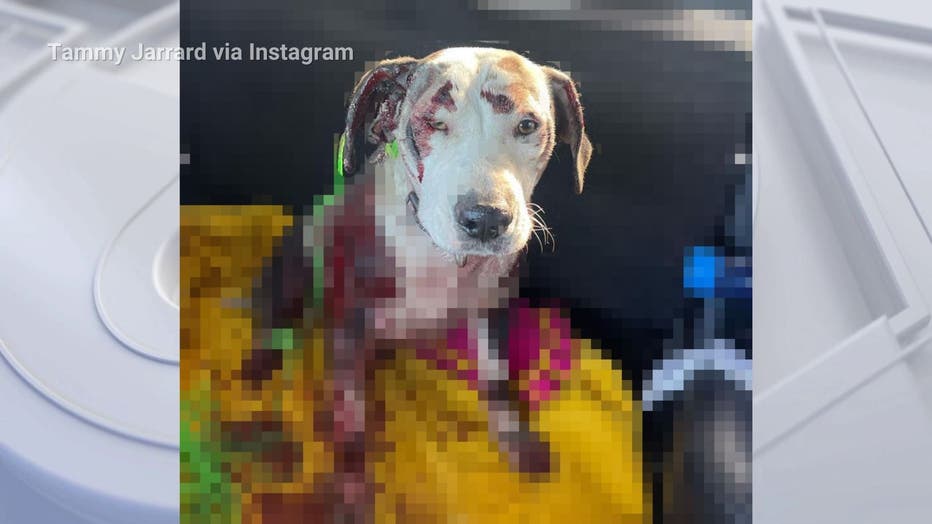 After a few words, Jarrard said the driver of the Tahoe drove off. Jarrard returned to the the woman who was calling 911. They reported the driver, including her license plate number. Then the two went to get the pup, put the dog in Jarrard's car and Jarrard took the animal to the vet.

The San Bernardino County Sheriff's Department confirmed that they received a call a bout the incident, but that Apple Valley Animal Control was called to handle.

According to Jarrard, as of Sunday morning the dog is in stable condition at the vet.