LOS ANGELES - If the 2020 World Series was as they have been in the past you would hear stadium announcer Todd Leitz say over the public address system, “Now, taking the field… your Los Angeles Dodgers!" But, as Leitz will tell you there’s nothing normal about 2020 Major League Baseball.

For every home game, his audience has been as large as 55 to 60,000 baseball fans. Leitz has been a birds-eye view to sports magic for six seasons.

Since there’s an announcer at Globe Life Field in Arlington, Texas he’s had to watch this World Series like the rest of us.

To Leitz, "There’s one part of me that wishes I was right there in Texas calling out the Dodgers names and doing the announcing there, or even better at Dodger Stadium in front of 55 or 60 thousand fans, but I’m just happy they’re in the World Series and they have a chance to bring a title home even in this strange year that we’ve gone through."

Since the stadium is in Arlington, Texas, attending the game wasn’t an option for Leitz, but he says some things were done to make the Dodgers feel at home there like previously recorded player walkup songs. 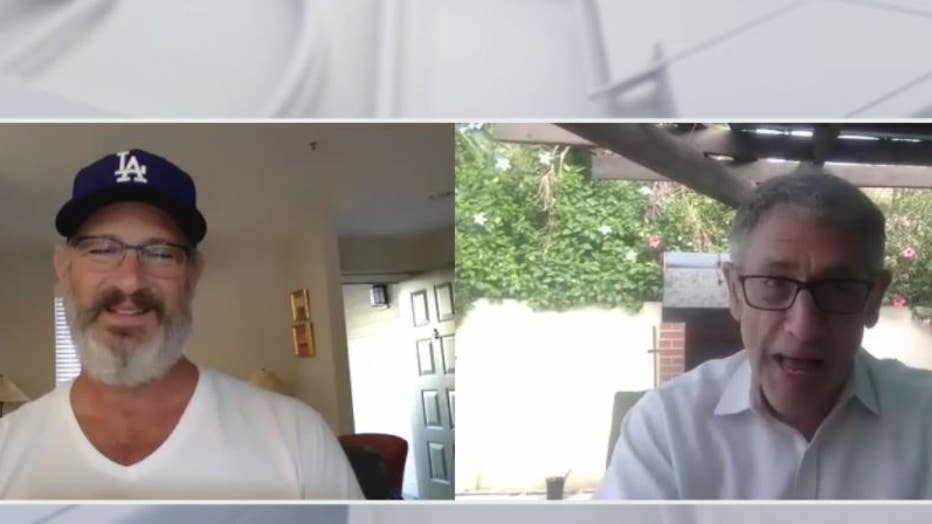 So, as Leitz explains, "... the crew there, like when Justin Turner is getting ready to bat he gets announced by their PA announcer, but he comes up to his music and there’s our organist whose playing the National Anthem and playing Take Me Out to the Ballgame in the 7th inning stretch."

This season Leitz got to do a couple of things he only dreamed of doing. He got to sing "Take Me Out to the Ballgame" during a 7th Inning stretch at an empty Dodger Stadium. Then there was the day he got to sing the National Anthem — introducing himself!

It must be very sad that at the end of the night, he can’t say his trademark goodbye so, for this story we asked him to do it. He gladly did with these words, "This is Dodger Stadium public address announcer Todd 'LIGHTS-OUT' Leitz wishing you a good night everybody."