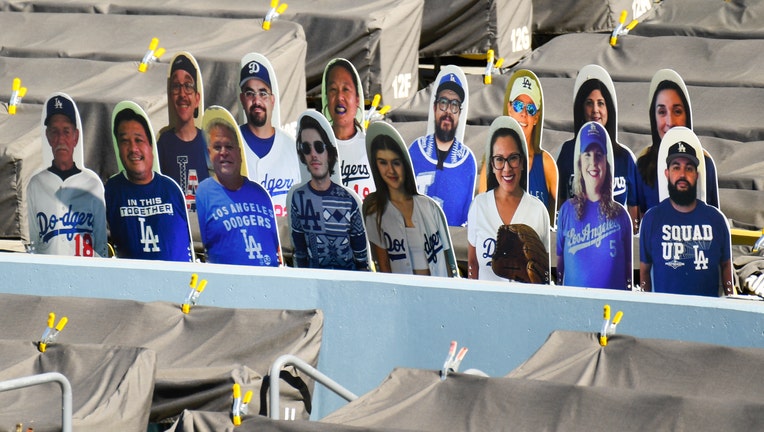 LOS ANGELES, CA - JULY 19: Cutouts of fans in seating during a MLB exhibition game between the Arizona Diamondbacks and the Los Angeles Dodgers on July 19, 2020 at Dodger Stadium in Los Angeles, CA. (Photo by Brian Rothmuller/Icon Sportswire via Gett

LOS ANGELES - You may not be physically able to attend a Dodgers game this season but you and your four-legged friend can still be in the stands cheering on the Boys in Blue.

Fans can now purchase a cutout for themselves and their dogs.

According to a statement, the Los Angeles Dodgers launched ‘Pups at the Park’ presented by Lucy Pet Foods, a special section just for its four-legged fans. 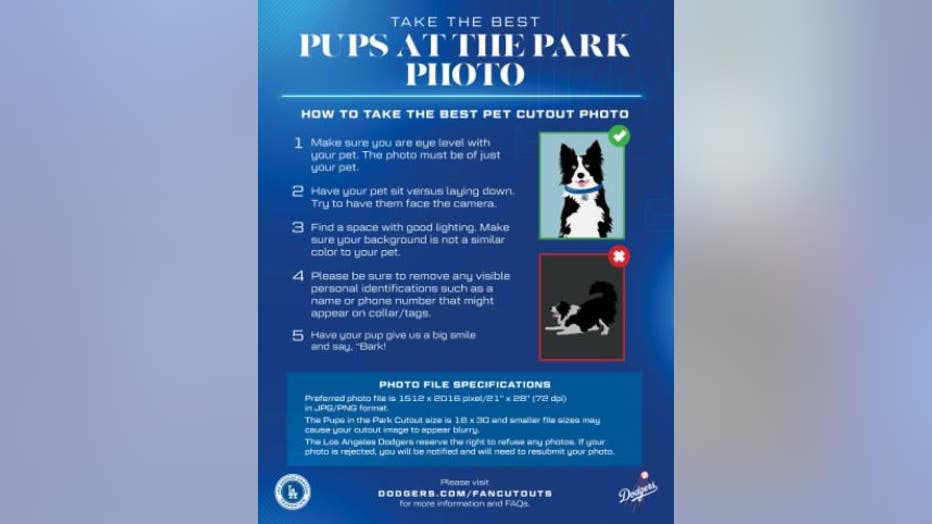 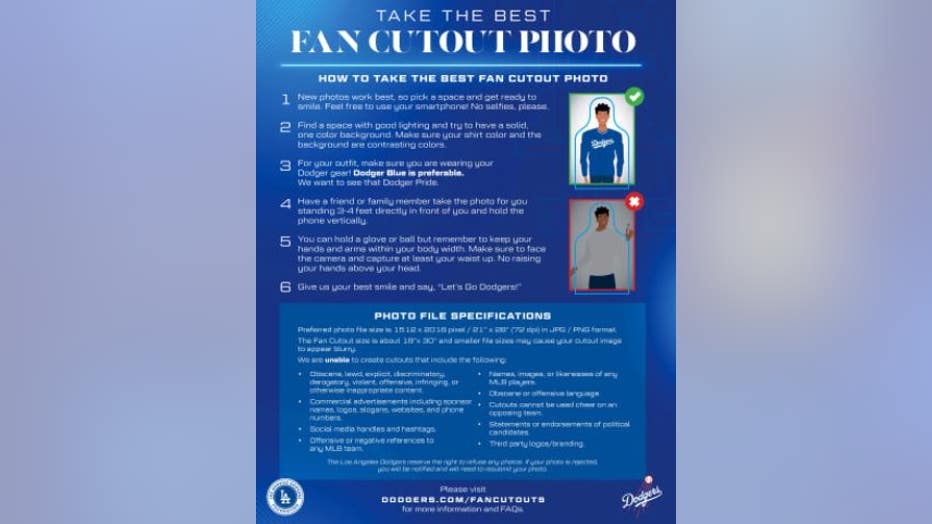 For more information and to learn how to reserve a spot visit Dodgers.com/FanCutouts.