Linda Reed, a resident in the area, shared a video of the animal walking through her yard in Dallas, Oregon. (Credit: Linda Reed)

DALLAS, Ore. - Rudolph got a head start on "decking the halls" ahead of the Christmas holiday.

According to the Oregon Department of Fish & Wildlife, a buck was spotted walking around Dallas, Oregon with Christmas lights attached to its antlers.

Thanks to a call from the Dallas Oregon Police Department, ODFW staff were able to locate and dart the buck to remove the lights.

"To all you Clark Griswolds out there, we know you love decorating for Christmas, but this is a step too far!," ODFW said in a post on social media.

Linda Reed, a resident in the area, also shared a video of the buck walking through her yard last week.

"I'm glad he was released from his Rudolph duties!," Reed said. 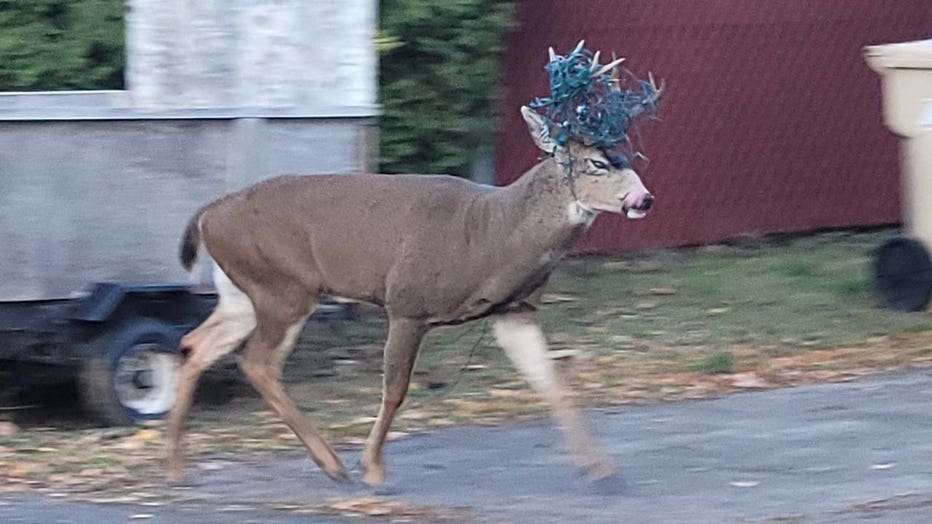 She told FOX Television Stations she originally saw the animal pictured in a Facebook post before seeing the deer in her own backyard.

"When I saw him I was like, ‘oh my gosh, there's the deer that I saw the other day,'" she shared. "I was glad he wasn't in distress at all." 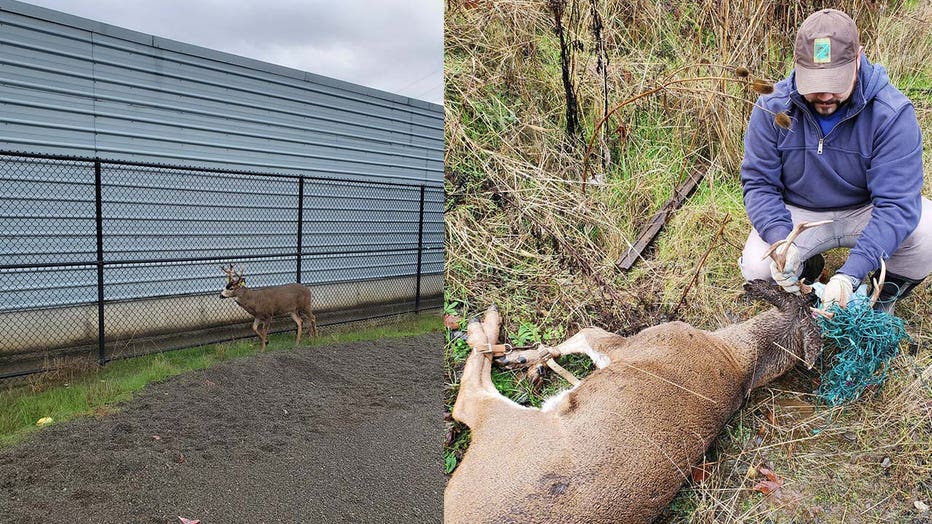 ODFW was able to rescue the buck and remove the lights. (Credit: Oregon Department of Fish and Wildlife)

Officials said no injuries were found on the buck, and he quickly got up and took off. A yellow ear tag was placed in each ear for identification purposes.

ODFW says bucks rub their antlers on trees, bushes and other objects from October through mid-December to mark their territory and show dominance against other bucks.

Each fall the department says it receives reports of bucks tangled up in volleyball nets, hammocks — and even Christmas lights.

The department says if you have deer frequenting your property, it is best to hang lights higher up in trees where bucks cannot get into them.