A South Dallas mother is charged with capital murder and aggravated assault after police say she confessed to stabbing her 7-year old daughter to death.

DALLAS - A South Dallas mother is charged with capital murder and aggravated assault after police say she confessed to stabbing her 7-year old daughter to death.

Police say the 16-year old victim survived his injuries, but the 7-year old girl was pronounced dead at the hospital. 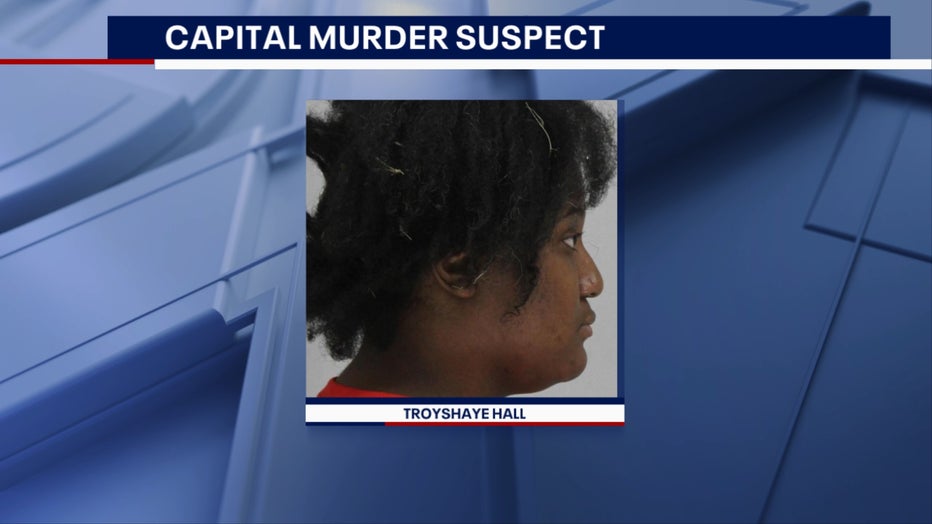 Frank Turner describes a horrific and chaotic scene at a South Dallas home Thursday afternoon as neighbors tried to help save two stabbing victims: a 7-year-old girl and a 16-year-old boy.

"He was stabbed through the back," he recalled. "I had to go in here and get shirts and towels for him."

According to an arrest affidavit, Troyshaye Hall stabbed her brother’s 16-year-old friend in the bathroom in the shoulder and his lower back.

"Everybody had to get their cars," Turner said. "They put the little brother’s best friend on the back of the truck."

Turner says an off-duty Dallas County sheriff’s deputy who lives next door to the family stepped in and detained the suspect.

"All I could see was her coming outside with blood on her hands and he telling her to get on the ground and put her hands behind her back," he said.

According to the affidavit, 7-year-old Madison Petry was stabbed more than 30 times. Police say the off-duty deputy drove the girl to the nearest fire station.

"He’s the one who took it upon himself to cover her up and put her in the car because he had to get her to somewhere," Turner said. "He was trying to save her life."

But despite the best efforts, the little girl did not survive.

"She was a smart little kid. I got to meet her," Turner said.

It’s unclear what prompted the attack.

According to police, Hall confessed to officers after her arrest but also said her daughter was being sexually assaulted. Police have not indicated there is anything to support that claim, and police say Hall later declined to make any further comments.

"It’s just shocking because I know they say the devil is alive," Turner said. "I think he is."

Neighbors say Hall had just recently come home from a psychiatric facility, but Dallas police would not confirm, saying they do not comment on the mental status of a person. Her bond is set at $1.5 million.