On Tuesday, Nov.29 officers with the Culver City Police Department were notified about an armed robbery that occurred at the gas station located at 11197 Washington Place around 11:30 p.m.

The gas station employee told arriving officers the suspects entered the store, brandished a semi-automatic handgun and demanded money from the cash register. The victim said the suspects got away with $200 in cash and immediately left the scene.

The first suspect was described by authorities as a Black man in his 20s who stands at 5 feet 7 inches tall with a thin build. He was last seen wearing a black hoodie with red accents, black pants, a black mask, and red and black slippers. Surveillance footage shows he was the one armed with a handgun. 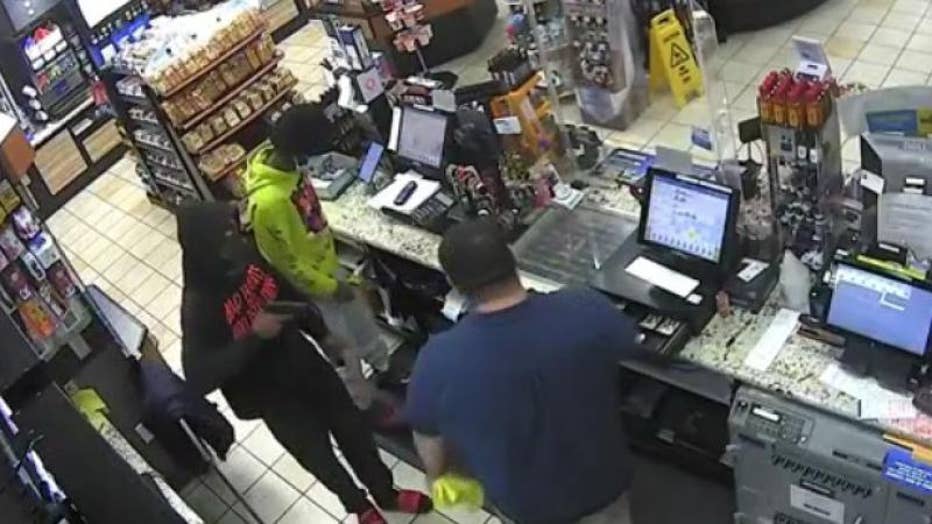 The second suspect is a Black man in his 20s who stands at 5 feet 5 inches tall and also has a thin build. He was last seen wearing a bright green hoodie, gray sweatpants, a black beanie, a blue surgical mask with black and blue shoes.

Anyone with information is asked to contact Sgt. Edward Baskaron with Culver City PD at 310-253-6316.