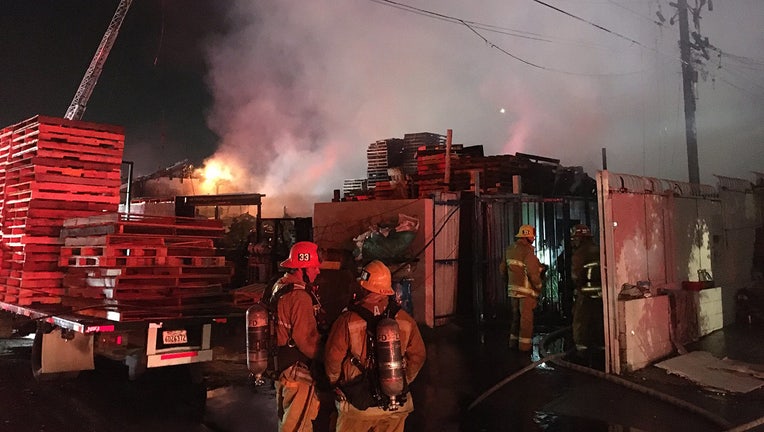 Several residents were evacuated, according to the Los Angeles Fire Department.

The fire was elevated to a Major Emergency Structure Fire by LAFD and approximately 116 firefighters were battling the fire as of 11:23 p.m.

Fire crews deployed heavy streams and are in a defensive mode, LAFD said.

LAFD said the dense storage of wood pallets fueling the fire was making it hard for crews to knock the blaze down quickly.

Downed powerlines were also reported in the area and crews have been careful to work around them.

It took the firefighters about an hour and four minutes to extinguish the flames and a knock down was called at 11:59 p.m.