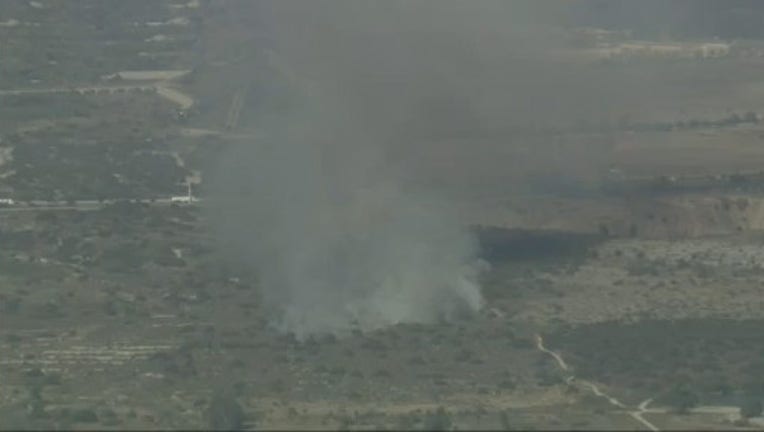 The spread of the fire was stopped to about 12 acres burned, fire officials said.

At one point, it appeared the fire was burning close to a large homeless encampment.

No structures were threatened and the fire was contained with the confines of the dam, the fire department says. County fire crews mounted a ground and air attack to stop the blaze from spreading.