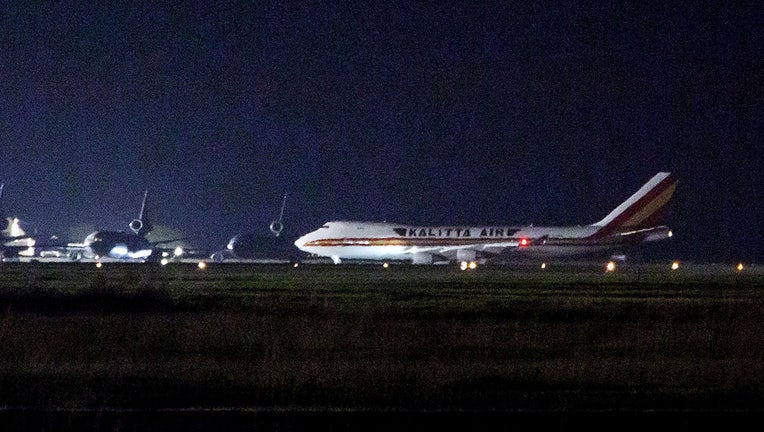 A plane carrying American passengers, who were recently released from the Diamond Princess cruise ship in Japan, arrives at Travis Air Force Base in California on February 16, 2020. (BRITTANY HOSEA-SMALL/AFP via Getty Images)

A federal judge Friday night granted a temporary restraining order prohibiting anyone with coronavirus from being moved or transferred to the city of Costa Mesa.

The city council was set to hold an emergency meeting at 2 p.m. Saturday, but the mayor told FOX 11's Stephanie Stanton that the meeting has now been canceled in lieu of a 3 p.m. press conference.

A federal hearing is scheduled for 2 p.m. Monday in Santa Ana.

The city of Costa Mesa filed court papers Friday seeking an emergency restraining order, saying the federal government plans to transfer as many as 50 coronavirus patients from Travis Air Force Base near Sacramento to the former Fairview Developmental Center as early as this weekend.

A federal judge Friday night granted a temporary restraining order prohibiting anyone with coronavirus from being moved or transferred to the city of Costa Mesa.

The court papers, filed in federal court in Santa Ana, state the city was only informed of the proposed transfer Thursday night. In the court filing, the city requests a restraining order blocking the move until "an adequate site survey has been conducted, the designated site has been determined suitable for this purpose, all necessary safeguards and precautions have been put in place, and the public and local government have been informed of all efforts to mitigate risk of transmission of the disease."

Officials from the U.S. Centers for Disease Control and Prevention could not be reached for immediate comment.

The Fairview Developmental Center in Costa Mesa has been used to treat patients with mental health issues, but is in the process of being closed by the state.

According to the city's court documents, federal authorities informed the city that the patients could be transferred as early as Sunday.

"This was a bit of a blind side," Costa Mesa Mayor Katrina Foley told City News Service.

She said the city "was surprised to learn yesterday (Thursday) around 5:20 p.m. that Fairview Developmental Center was being considered for use for 30 to 50 patients who have tested positive for coronavirus."

"We were not part of the process" of determining where to place the patients, the mayor said. "We have been left in the dark as to all of this. It has been really through a great effort by our emergency response team and our community partners on state  levels to even get this information." 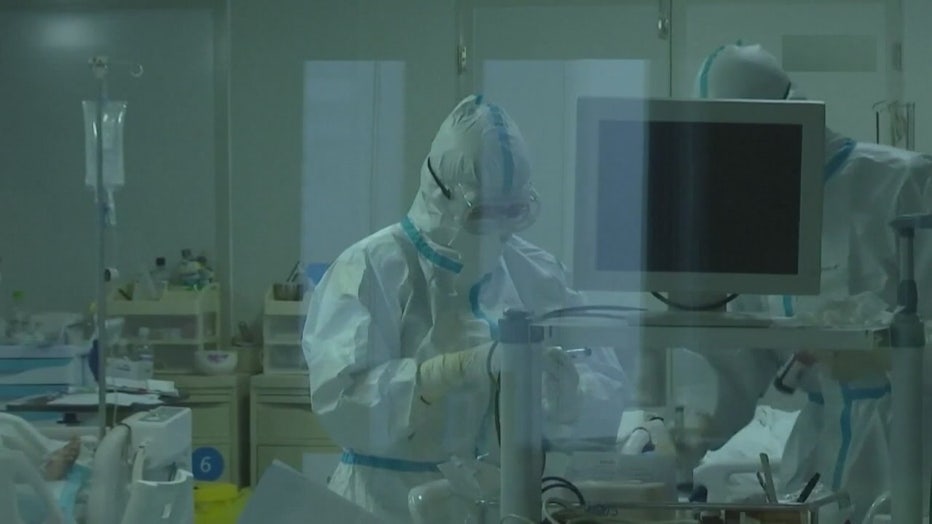 The city filed the application for a restraining order "to halt any further action until we can learn what is the plan, how it will impact our community, what will be the protocols put in place and how can we protect the safety and security of our residents," Foley said.

She said only two patients are still at the Fairview facility, but staff members still reside on the campus.

City officials suspect some of the patients being considered for transfer were passengers aboard the Diamond Princess cruise ship, which was under an on-board quarantine in Japan. CDC officials have said some of those passengers were taken to Travis Air Force Base, and an unknown number had tested positive for the virus that has killed more than 2,300 people.

The Costa Mesa City Council plans to hold an emergency meeting at 2:00 p.m. Saturday to discuss the issue, then hold a news conference afterward.