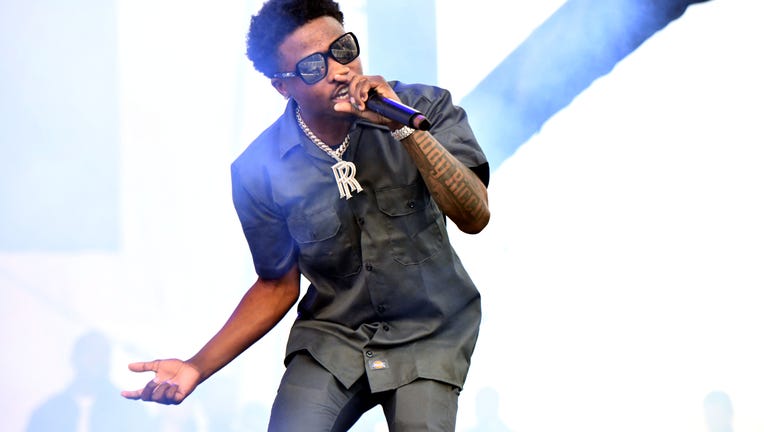 IRVINE, CALIFORNIA - MAY 18: Rapper Roddy Ricch performs onstage during The Liftoff presented by Power 106 at FivePoint Amphitheatre on May 18, 2019 in Irvine, California. (Photo by Scott Dudelson/Getty Images)

According to Billboard, “The Box,” has been on the Hot 100 chart for five weeks.

"The Box" defeated Bieber's “Yummy,” which debuted at the number two spot.

The catchy hip-hop masterpiece is simultaneously charting on the Hot R&B/Hip-Hop Songs and Hot Rap Songs, according to Billboard.

Social media personality Cale Saurage posted a video dancing to the hit in a Chick-fil-A uniform. So far, the video has 4.5 million views on Twitter.

The 21-year-old rapper, born Rodrick Wayne Moore, Jr., prides himself on being “antisocial.”

His debut studio album “Please Excuse Me for Being Antisocial,” was released by Atlantic Records on Dec. 6. The album debuted number one on the Billboard 200 albums chart.

Roddy Ricch was friends with the late rapper Nipsey Hussle and earned two Grammy nominations for their collaboration “Racks In The Middle,” for best rap song and best rap performance. He frequently honors Hussle in his social media posts.

His third Grammy nomination is for his collaboration “Ballin’” with rapper Mustard.

The Grammy Awards are set to take place on Jan. 26 at the Staples Center.