SANTA CLARITA, Calif. - One year after a student opened fire at Saugus High, killing two students and wounding three others, the community came together again to heal.

The event was virtual and included speeches, choral performances and emotion.

With remote learning due to the pandemic, this event took some planning. Choirs from all over the district recorded their musical numbers. With the help of technology, the ensemble cast sang apart- but as one, in a beautifully mixed online tribute.

At the center of it all, Kaitlin Holt. She’s the choir teacher who sheltered 35 students in her class, including 14-year-old Addie who ran to Holt for help, after being struck several times by the student gunman’s bullets.

For 25 minutes, terrified students and a teacher took refuge in her tiny locked office. Holt crawled out of her office so she could get a first aid “active shooter kit” and tend to Addie’s wounds. 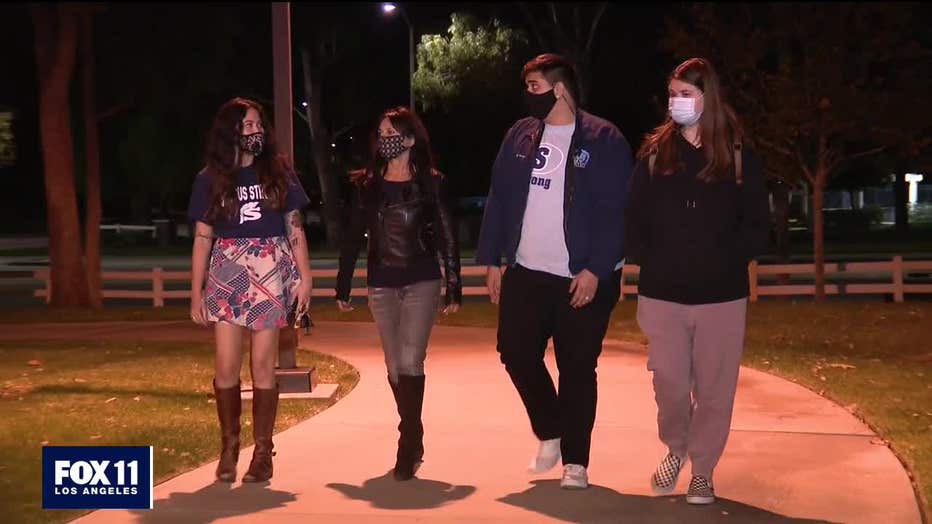 Her former student Eddie Mendoza said Ms. Holt kept them calm. The first year teacher told the students, “You don’t deserve this, but it is happening.”

On the one year anniversary, we sat with Ms. Holt and several students in a local park. They chose not to return to campus. Former choir stand out, 18-year- old Eddie Mendoza said he still experienced nightmares, but was healing from the ordeal. Holt said she’s doing much better but still gets startled by loud noises. And she knows the experience will remain with all of them forever.

We watched the beginning of the program called “Community of Unity” with the Holt and two Saugus High students. The musical pieces were carefully selected to cover the students’ range of emotions; loss, healing and determination. 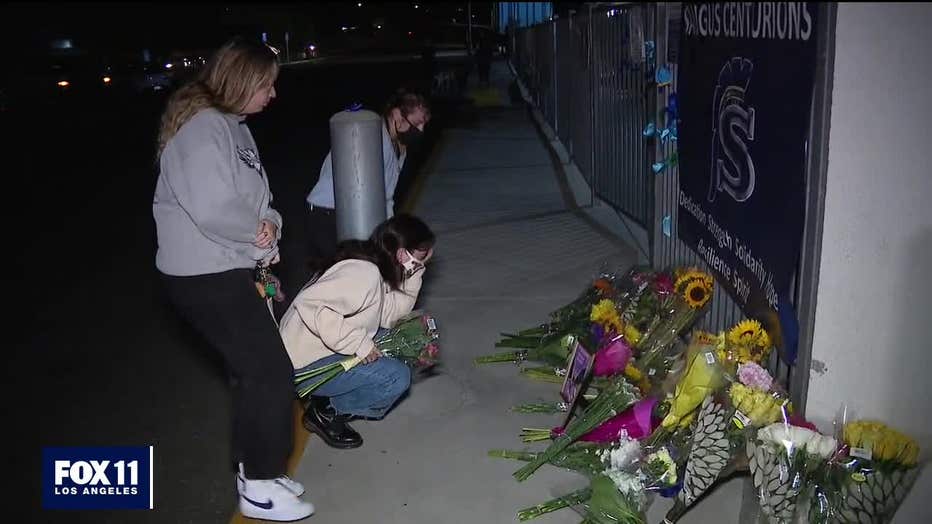 Meanwhile later that night at Saugus High, people dropped off flowers and cards in memory of the shooting victims. A couple of alums, now attending college locally paid their respects. They chose not to speak on camera, instead quietly expressed condolences to the victims’ families. “ It’s a sad day.”