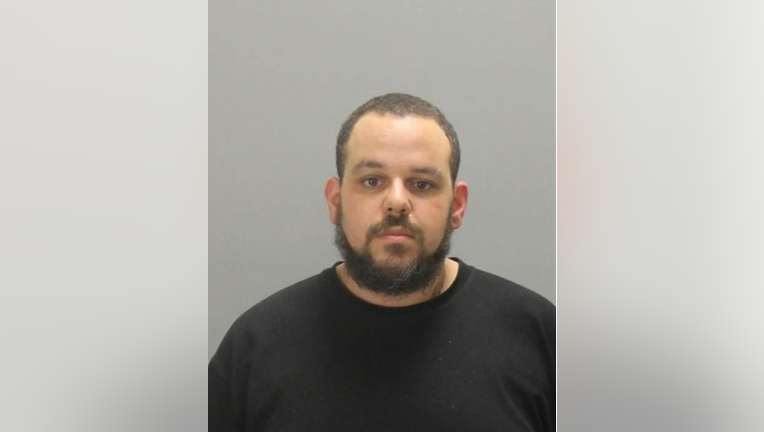 CLAYTON COUNTY, Ga. - Clayton County Police have arrested a man accused of bringing a 13-year-old girl from Kansas to Georgia to have sex with her.

According to investigators, Graham was able to convince the girl two days later to sneak out of her home in Topeka, Kansas and run away with him back to Clayton County.

Police say that between that time and when she was found by officers, the underage girl had sexual relations with Graham "many times."

Clayton County officers began their own investigation on the night of Feb. 24, when the victim told one of Graham's roommates that she "wanted to go back home." The roommate, who previously believed that the girl was Graham's step-daughter, discovered what was happening and confronted him that night, officers said.

Around the same time, the girl was able to access a computer and send a message to her mom through Roblox telling her where she was and pointing her to the address of a Clayton County Dollar General.

The mother contacted Clayton County police, who began their own investigation and found the girl safe on the night of Feb. 24 at the Dollar General.

Officers arrested Graham at the IHOP restaurant where he worked on Tuesday.

"He did tell us everything which coincided with what the juvenile had told us," Clayton County Police Capt. John Ivey said.

Ivey emphasized that parents need to be aware and careful with who their children are talking through online games like Roblox.

"Parents don't realize - they think they’re playing on there with other kids. And they’re not, they’re playing with people who are preying on their kids," Ivey said. "We’re extremely lucky we find this young girl and she’s alive, to be perfectly honest with you."

Graham is facing charges of sex trafficking, rape, and kidnapping. He faces additional charges in Kansas.

The victim is now back home with her family.

Roblox released the following statement to FOX 5 in response to this story:

"We were deeply saddened to hear about this case. There is nothing more important to parents — including the many parents who work at Roblox — than ensuring that children are safe when they learn and play, online or off. We work tirelessly to prevent grooming on our platform. We have stringent safety systems and a team of thousands of moderators who enforce a strict set of community standards on Roblox, including zero tolerance for sexual content of any kind. While we have not been contacted by authorities about this case, we always cooperate with law enforcement requests and promptly report any suspect behavior to relevant organizations such as the National Center for Missing & Exploited Children (NCMEC) in the United States.

"The safety of users on Roblox is at the core of everything we do, and we have a number of dedicated features designed to keep kids safe while playing Roblox. We filter all text chat on the platform to block inappropriate content or personal information and we offer parental controls and features such as ‘Account Restrictions,’ so parents and caregivers have the option to limit chat to a curated list of contacts or turn chat off altogether. Users can also mute or block players that they come across in games and report inappropriate content or behavior using our Report Abuse system." - Roblox Spokesperson