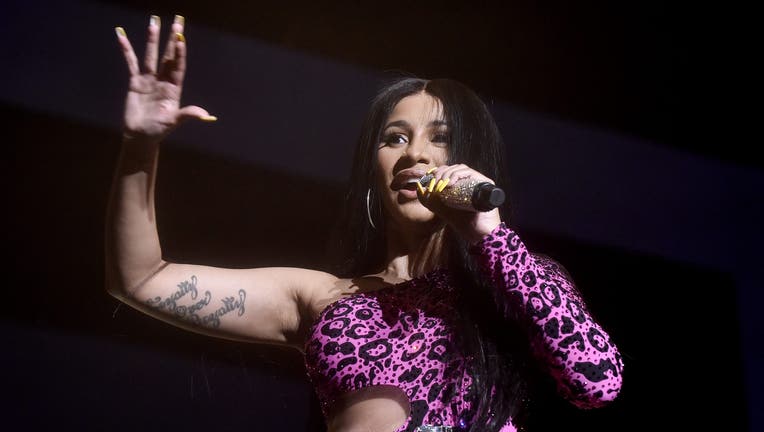 Cardi B performs during the ACL Music Festival 2019 at Zilker Park on October 06, 2019 in Austin, Texas. (Photo by Tim Mosenfelder/FilmMagic)

Is Cardi B readying up for a career in politics?

The 27-year-old rapper turned heads on Sunday when she tweeted out her potential interest in running for office in the future.

“I think I want to be a politician,” the “Bodak Yellow” rapper wrote. “I really love government even tho I don’t agree with Goverment [sic].”

She followed up with another tweet, proclaiming her love for war documentaries.

“Like I was watching War documentaries.No matter how many weapons a country have you need people ! How are you trying to go against a country and possibly start a war when this country lacks patriotism? I barely see people claiming they LOVE being American.”

Cardi expressed interest in returning to school in order to take her political aspirations more seriously.

“I do feel like if I go back to school and focus up I can be  part of Congress,” she stated. “I deada-- have sooo much ideas that make sense.I just need a couple of years of school and I can  shake the table.”

Though Cardi is currently prioritizing her bustling rap career, the Bronx native said she will “talk about it another day” in regards to her political tweets.

Cardi’s tweets come several days after denouncing President Trump while proclaiming her plans to file for citizenship in Nigeria amid escalating tensions between the U.S. and Iran.

“Naaaaa these memes are f---in [emojis] but s--- ain’t no joke ! Specially being from New York,” she tweeted in reference to several memes spawned from the killing of Iran’s top general, Qassem Soleimani.

“Its sad this man is putting Americans live in danger. Dumbest move Trump did till date ...I’m filing for my Nigerian citizenship,” she concluded.