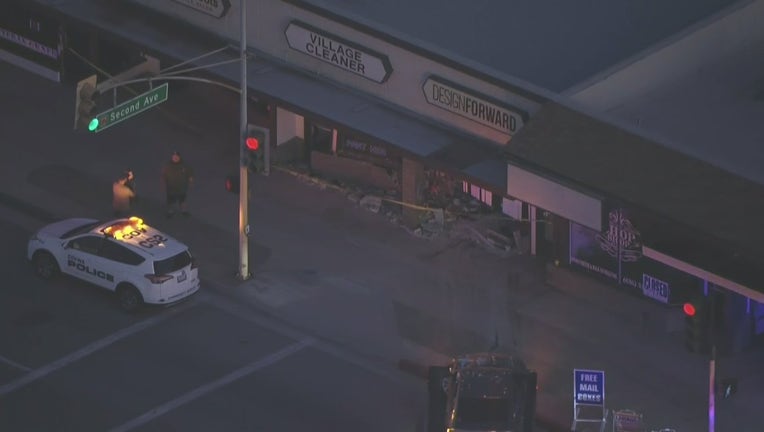 COVINA, Calif. - One man is under arrest after driving his car through the storefront of two Covina businesses Sunday night, according to police.

The driver was speeding southbound on South Second Avenue when he crashed into the row of stores. Video from SkyFOX appears to show Village Cleaner and Design Forward on East Rowland Street were damaged. East Rowland runs perpendicular to Second Avenue.

The driver was arrested under suspicion of driving under the influence, according to the Covina Police Department. No other injuries were reported. 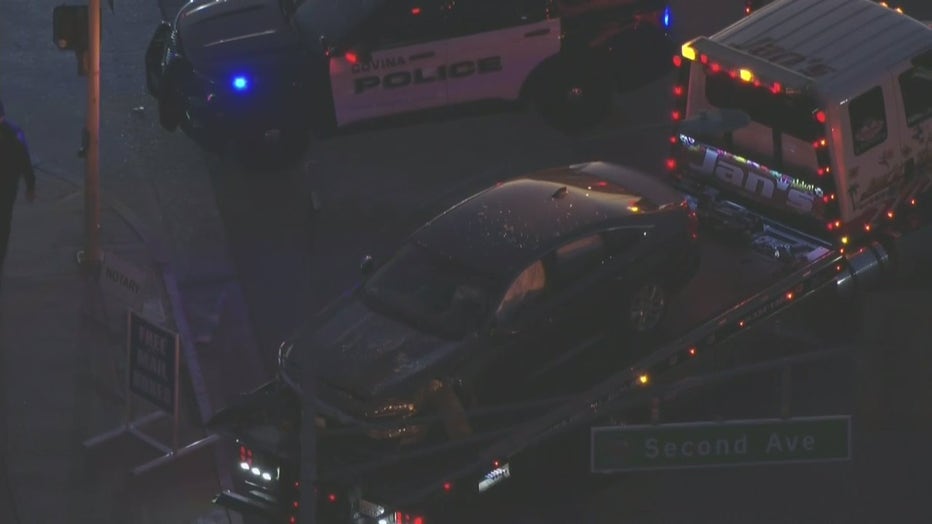 The car appeared to be a dark four-door car, according to video of the seen taken from SkyFOX.