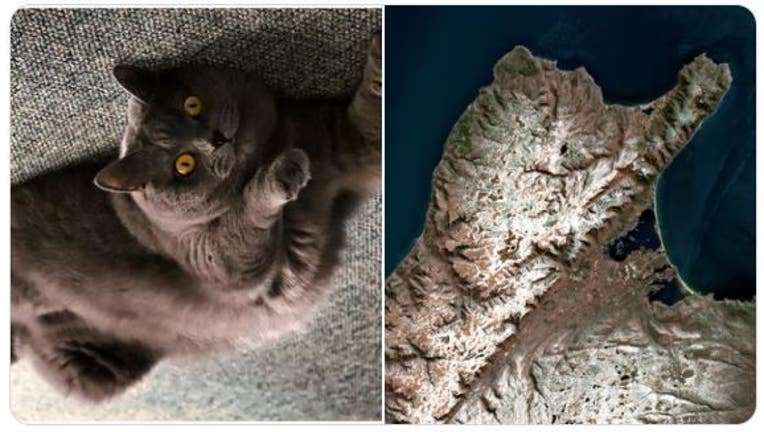 LOS ANGELES - On Feb. 23 the Canadian Space Agency tweeted a satellite view of Cape Breton Highlands in Nova Scotia with hopes of wowing viewers with the region’s incredible geological variety and history.

But the only thing the internet seemed to notice was how much the area looks like a cat.

"So apparently, quite a few of you see a cat in this satellite image. Does it mean it should have been named Cat Breton instead of Cape Breton? Help us sort out this confusion please," wrote the agency.