Traffic plummeted after California imposed the nation’s first stay-home order a year ago to slow the spread of the coronavirus. But insurers said dangerous driving trends have worsened even as the number of miles driven declined.

Collisions dropped by 55% and injuries and deaths from traffic accidents fell 53% in the week after Gov. Gavin Newsom’s order, University of California, Davis, researchers found. Schools and most nonessential businesses closed for months and millions of employees lost their jobs or started working from home, leaving once-clogged highways virtually traffic-free even in famously crowded Los Angeles and San Francisco. 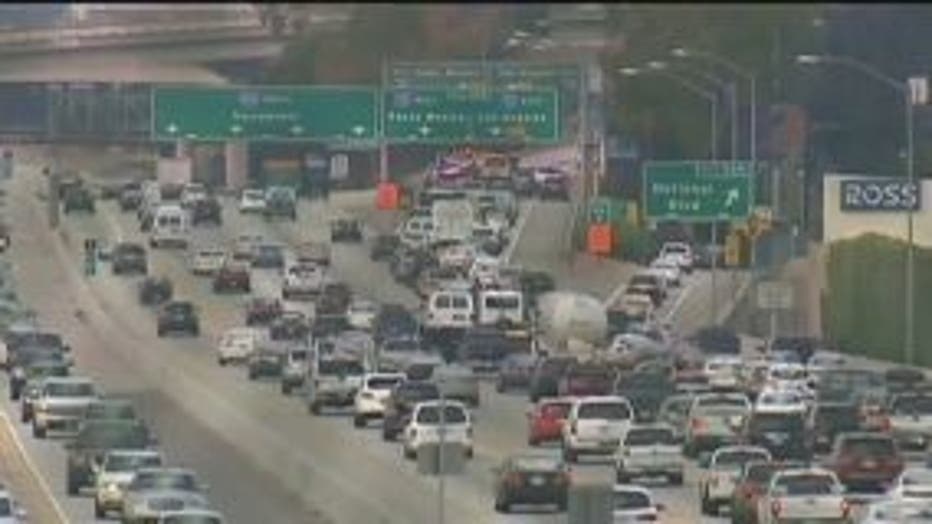 "Millions did your part, stayed home" and drivers now deserve lower insurance costs "as long as they continue to drive less and our roads are safer as a result," California Insurance Commissioner Ricardo Lara said in a video as he ordered companies to calculate a new round of refunds.

RELATED: How to get a refund or credit on your car insurance if you’re driving less amid COVID-19 pandemic

They returned about $1.75 billion to consumers, but he said that’s not nearly enough given their lower costs. Companies refunded about 9% of consumers’ insurance bills on average, but Lara said it should have been about 17%, or about $220 million more than they did just in April.

Allstate, Farmers, USAA, State Farm and CSAA Insurance Group are among the top 10 private passenger insurance groups. Lara’s office didn’t break down the figures by company but said there were significant differences in how much each refunded.

But it noted that fatalities increased nearly 5% in the first nine months of 2020 even as miles traveled dropped, according to the National Highway Traffic Safety Administration. The fatality rate went up as some drivers "engaged in riskier behavior" like speeding, driving under the influence and failing to wear seat belts, the agency said.

"Trends in reckless driving could prove even more fatal as traffic volume starts to return to pre-pandemic levels," Mark Sektnan, vice president of the insurance association, said in a statement. He said those trends, combined with increased litigation and medical and auto repair costs, also affect prices.

Lara ordered each company to report by April 30 how it will return the rest of the funds he said are owed.

Every company offered relief ranging from 10% to 22% for March through May, Lara said, but by December, just four insurers were still offering any refunds even though most of California was under its most restrictive shutdown rules.

California ordered the refunds under a 1988 voter-approved law saying insurers can’t charge rates that are excessive or unfairly discriminatory. New Jersey early in the pandemic also directed companies to return premiums because of their reduced risk.

"They’ve been doing these kind of ballpark" estimates, Rosenfield said, while new rate plans would be "a more precise way of targeting who owes what to whom."

That could be a two-edged sword, based on how quickly the economy is projected to recover and what lifestyle and workplace changes become permanent as the pandemic eases.

"A lot of people have lost their jobs. It may be that in a few months’ time, with everybody getting vaccinated, all the cars will be out of quarantine like the people," Rosenfield said. On the other hand, "it may never go back to the way it used to be."

Lara also ordered commercial insurance companies to provide data about their losses as many businesses shut down during the pandemic.