SACRAMENTO, Calif. - California is again pushing back the deadline and raising the cost for its high-speed rail project, this time asking the Biden administration for a one-year extension on completing construction on a section of track in the Central Valley.

Brian Kelly, the project’s chief executive officer, detailed delays and cost changes to the project in a letter released Friday alongside the project’s updated business plan. He’ll discuss it Tuesday at a meeting of the California High-Speed Rail Authority’s board of directors.

The state now expects to complete construction on a 119-mile segment of track from Bakersfield to Madera in the Central Valley by 2023, Kelly wrote. Some of the money is tied to meeting a federal 2022 deadline, prompting the request for an extension. The budget for that segment of track is expected to jump from $12.4 to $13.8 billion, Kelly wrote. 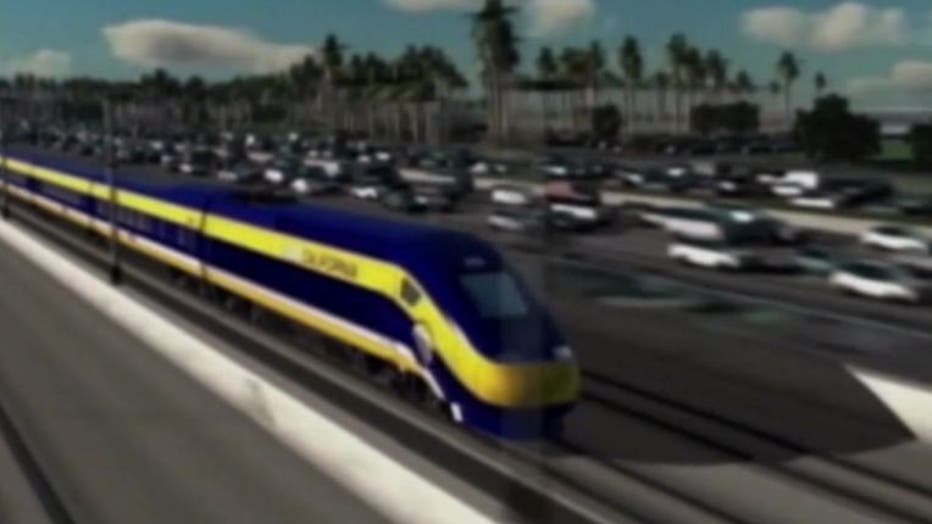 The business plan, a guiding document for the project released every two years, was set to be approved last year but delayed due to the pandemic; it is now expected to be approved in April.

"The High-Speed Rail Authority has not been spared nor is it alone in being impacted by COVID-19," Kelly wrote.

It’s yet another setback for the project that’s been mired in pushed deadlines and cost overruns. Voters in 2008 approved a bond for the project, eventually aimed at connecting Los Angeles to San Francisco. As officials work on constructing the Central Valley segment, they are also pursuing environmental approvals for the rest of the line.

Officials from the Federal Railroad Administration did not immediately respond to questions about whether they will approve the extension. But the state’s relationship with the federal government is likely to improve under the Biden administration, and new Transportation Secretary Pete Buttigieg recently said he wants to make high-speed rail a priority in the United States.

The state also hopes the Biden administration will give back nearly $1 billion in grant money cancelled by former President Donald Trump’s administration.

"We have commenced conversations with the Biden Administration on these matters. Because the project is advancing, as noted below, we believe we can work with our federal partner on our revised schedule and restore federal investment in this program," Kelly wrote.

The pandemic caused several setbacks for the project, Kelly wrote. Among them: a delay in procuring rights of way due to limited hours at courts, the need to quarantine workers if they were exposed to coronavirus, a delay in signing track and systems contracts, and the loss of roughly $288 million in revenue expected from the state’s cap-and-trade program designed to reduce carbon emissions.

Construction costs for the Central Valley segment will jump $330 million and officials are budgeting an extra $1 billion in contingency money, bringing the total cost to $13.8 billion.

Despite those challenges, Kelly sought to highlight the project’s successes in his letter. Construction has continued, in total putting 5,200 people to work. In the coming year, rail officials expect to complete 22 miles of track through Kern County, win environmental clearance for segments in Los Angeles County, and award a track and systems contract.

The authority expects to have started construction on 106 miles of track by the end of the year, though it won’t be completed until 2023, Kelly wrote.

During the pandemic, 244 of the authority’s workers had to undergo quarantine, according to a presentation included in the board materials. There were no additional details on whether those workers were exposed to the virus on the job.

Buttigieg, the new transportation secretary, has not commented specifically on California’s project. But he said recently on MSNBC that high-speed rail will be an administration priority.

"I want the U.S. to be leading the world when it comes to access to high-speed rail," he said.