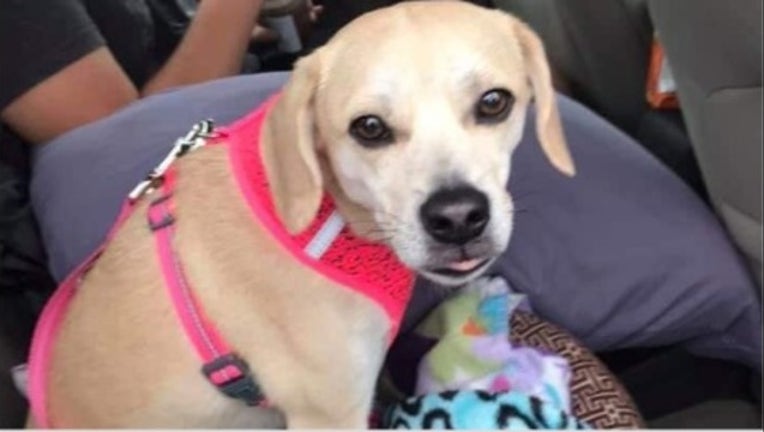 Cynthia Niswonger said her son's support dog was inside her 2000 Ford Focus when the vehicle was stolen on August 11, 2019. She posted this photo of Sloan, asking for the public's help locating the animal. (Facebook)

STOCKTON, Calif. - The mother of a 12-year-old autistic boy is making a desperate plea for the return of her son's support dog, after the animal was stolen in Stockton, Calif. over the weekend.

Cynthia Niswonger of San Diego was with her son, Neeko, and a friend, returning home from a road trip to Oregon on Sunday, when they all stopped at a McDonald's on Charter Way near Interstate 5.

She and her son rushed back outside and watched as her car was being driven away. A man had broken into the car and took it with the dog inside, along with their belongings.

"I ran and screamed leave my dog. But Neeko was with me," Niswonger said on a Facebook post on Sunday, seeking help to find her dog. "He got away with my car. Neeko's iPad. All my luggage and worst of all our dog Sloan," she wrote. 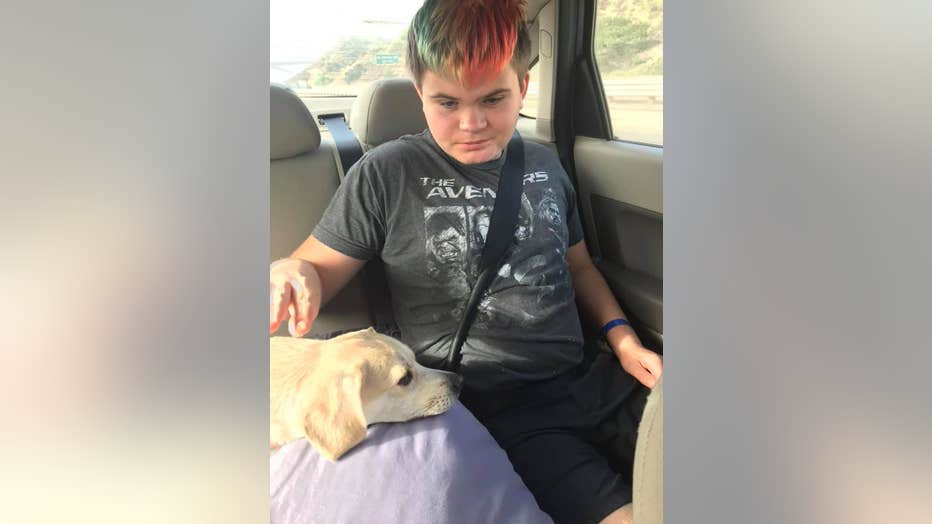 Niswonger spent the rest of the day searching for Sloan. She posted information about the dog online and contacted police. She hired an Uber to take her and her son around town to look for the dog, canvassing the streets into the late evening hours.

"I spoke to homeless and disenfranchised putting the word out I just want the dog," she said.

The following day they reached out to shelters and animal hospitals.

On Monday, they received a lead. Police located Niswonger's stolen Ford Focus, but the dog and their belongings were gone. Investigators dusted the car for fingerprints and Niswonger said police planned to look at footage from surveillance cameras at the McDonald's where the car was stolen, as well as a nearby home.

Later that day, Niswonger said with a heavy heart, it was time they returned home without their trusted dog, noting, "There's nothing more we can do."

She said they were leaving after contacting vets in the area, reaching out to shelters and posting numerous flyers.

Niswonger also thanked the complete strangers who joined in the efforts to locate their dog.

"Stockton animal lovers have been crazy kind," she said, adding, "a Stockton resident is offering 200 dollars as a reward for Sloan."

Niswonger said they were holding on to hope that Sloan would be back with them, and she asked for continued help from those in Stockton.

"I'm still praying for Sloan to be found," Niswonger said. "Please do not give up on Sloan."