OXNARD, Calif. - A Southern California man is accused of smuggling more than 1,700 reptiles — including baby crocodiles and Mexican beaded lizards — into the U.S. since 2016, authorities said Thursday.

Jose Manuel Perez, also known as "Julio Rodriguez," was taken into custody on Feb. 25 at the San Ysidro border crossing with Mexico.

Border patrol agents found about 60 lizards and snakes tied up in small bags, "which were concealed in the man’s jacket, pants pockets, and groin area," authorities said last month. Perez allegedly told the agents that the animals were his pets.

Perez, 30, of Oxnard, has been in federal custody since then and the U.S. Attorney’s Office in Los Angeles on Thursday announced additional charges on a superseding indictment that also includes Perez’s sister as a defendant. 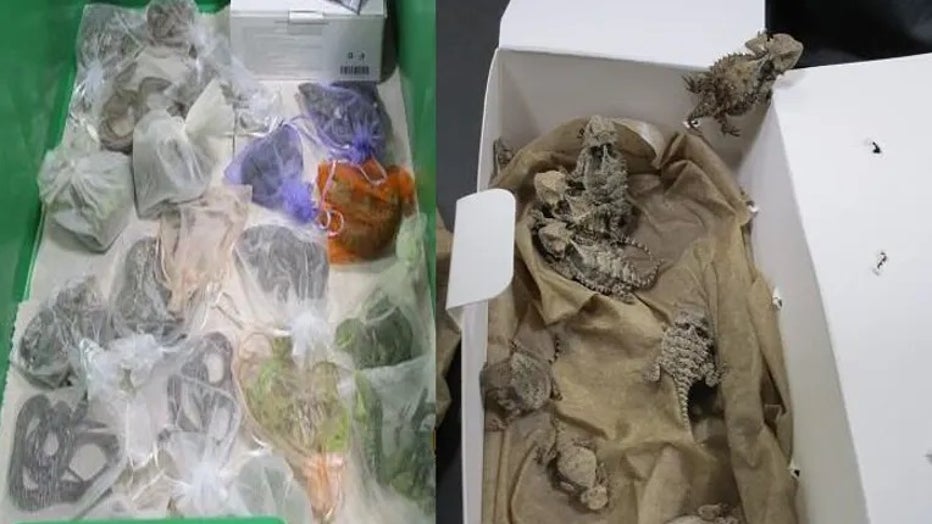 RELATED: Man caught with more than 50 live reptiles under his clothes at San Diego border crossing

Perez is scheduled to be arraigned in Los Angeles on Monday. His federal attorney in San Diego declined to comment Thursday. Some of the smuggled reptiles were protected and endangered species, authorities said.

Beginning January 2016, Perez and his sister, as well as others, are accused of using social media to buy and sell wildlife in the U.S. The animals, including Yucatan and Mexican box turtles, were allegedly imported from Mexico and Hong Kong without permits.

The reptiles were initially taken to Perez’s home in Missouri but later shipped to Oxnard when he moved to California, authorities said. His sister assisted him in the smuggling business, prosecutors alleged, especially during times when Perez was incarcerated in the U.S.