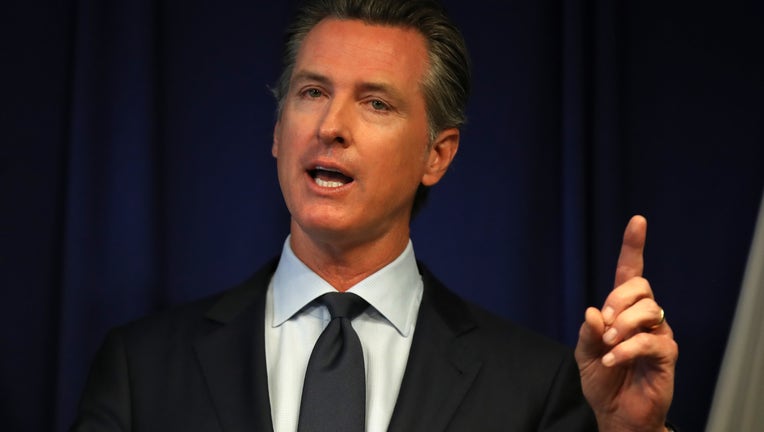 SACRAMENTO, Calif. - A billion-dollar investment last year has yet to curtail California’s growing homeless crisis, and with the state awash in revenue, Gov. Gavin Newsom wants to spend a billion more on programs aimed at getting people off the streets.

He signed an executive order Wednesday creating what he intends to be a $750 million fund that providers could tap to pay rents, fund affordable housing or aid boarding and care homes. Newsom also wants to use vacant state property to house homeless people and is seeking changes to the state’s Medicaid program to increase spending on preventive health care.

In addition, the Democratic governor said the final portion of $650 million in emergency homeless aid to cities and counties approved in June was being released Wednesday after a final federal homelessness count.

The report by the U.S. Department of Housing and Urban Development found California’s homeless population increased 16% last year, to about 151,000 people. That’s more than a quarter of the national total.

President Donald Trump continued his criticism of California’s Democratic leaders this week, and especially those in Los Angeles and San Francisco, for failing to adequately address homelessness. In a tweet, he called it a local issue but said that if city and state leaders “acknowledge responsibility and politely” ask for help, then his administration “will very seriously consider getting involved.”

Newsom made no mention of Trump in his announcement but acted with an eye toward an inevitable economic downturn that wouldn’t allow the state to spend billions on the problem.

Although California is projected to have a $7 billion surplus, the state’s bipartisan legislative analyst said only $1 billion should be spent on programs that will last beyond the year.

Because Newsom’s proposal on homelessness would eat up the bulk of that $1 billion, the governor proposed to “seed” the fund with one-time state revenue and called on philanthropic and private sector groups “to step up as well.”

His order comes two days before he’ll unveil his annual budget plan, which he said includes $695 million of state and federal matching funds to increase spending on preventive health care. The money would go to things that can prevent homelessness, like helping people find housing. A portion could even go to rent assistance if it helps people not use health care services as often.

Newsom said many of his proposals were inspired by advisers, including Los Angeles County Supervisor Mark Ridley-Thomas, who said the governor is using California’s “real estate and human capital in ways never proposed before to confront this humanitarian crisis.”

He noted that taxpayers in 2018 also approved $4 billion in bonds for existing affordable housing programs for low-income residents, veterans and farmworkers. They also allowed the state to use up to $140 million each year in existing county mental-health funds to pay for housing for homeless people with mental illness.

He and Republican Assemblyman Tyler Diep, vice chairman of the chamber’s housing committee, said the state also needs to streamline its strict environmental protections to speed up housing construction.

And California must address that portion of the “homeless population that is resistant to help,” Diep said in a statement.

Lawmakers last year allowed San Francisco to test a program making it easier to have a court-appointed conservator take control of treatment for someone who’s mentally disabled. And a proposed ballot measure would send those caught violating laws against public urination, drunkenness, drug use and the like to special homeless courts intended to get them help as a condition of avoiding a criminal conviction.

Republican Sen. John Moorlach, an accountant on the Senate Housing Committee, said Newsom seems to be acting prudently but that the state needs to expand involuntary treatment.

“We’ve got to start protecting our constituents, with housewives even concerned about going to the grocery store” for fear of being accosted, Moorlach said. “If you cannot take care of yourself and you’re a danger to yourself, then we should have some kind of hold program.”

The governor also directed the state to provide 100 travel trailers and modular tent structures to cities and counties for use as temporary housing.

Newsom said a year ago that he wanted to build housing on unused state property. His new order directs his administration to identify some of those properties by month’s end that local governments or nonprofits can use for emergency homeless shelters, as long as it doesn’t delay developing of affordable housing.

“Californians are demanding that all levels of government — federal, state and local — do more to get people off the streets and into services — whether that’s emergency housing, mental health services, substance abuse treatment or all of the above,” Newsom said.

Nearly $25 million more would go to test programs in three counties to put those deemed mentally incompetent to stand trial into community programs instead of state psychiatric hospitals.