A 10-year-old Missouri boy who was bullied for his Tony Stark Halloween costume showed superhero strength when he made a triumphant return back to school. He’s now going viral after his "proud" mother documented the incident on social media and offered some real-life lessons learned by her youngest son.

Jill Struckman, a mother of four, shared photos of Evan on Oct. 22 dressed as Robert Downey Jr.'s character from Marvel films like "Iron Man" and "The Avengers." The fifth grader's costume was complete with glasses, a suit vest and a drawn-on goatee.

"I hope his school is ready for this guy. He only answers to ‘Tony’ or ‘Mr. Stark,’" Struckman wrote on Facebook. "He wanted (me) to drive him to school but only in the Mercedes’ 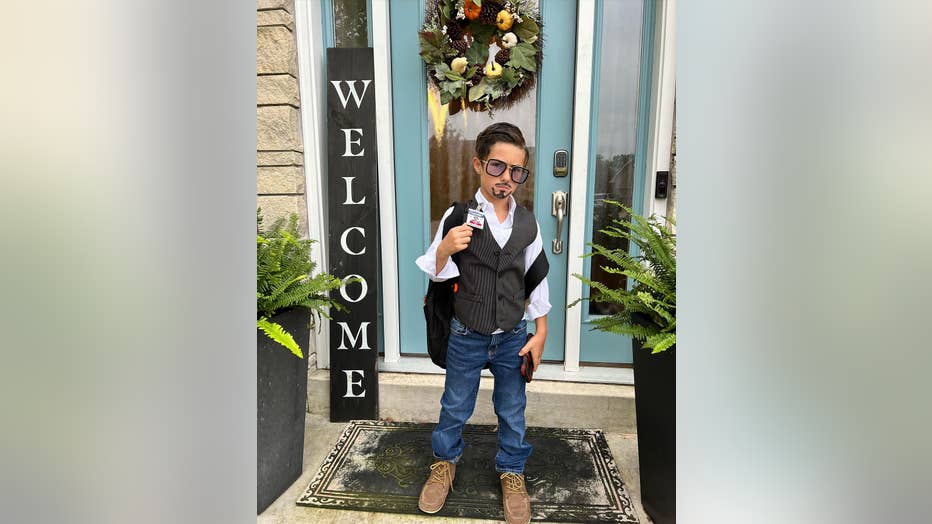 But soon after Evan left on the bus, Struckman said she got a call from school and learned that her son had been teased for his costume. She said in a follow-up Facebook post that Evan was crying and so hurt that he no longer wanted to stay for the school Halloween party that he had been so excited to attend.

"Apparently some kids on the bus (who weren’t even wearing costumes) told him he looked stupid. Evan got to school and immediately went to the bathroom and washed his face," Struckman wrote.

After picking up her son from school, Struckman shared a heartbreaking photo of Evan — who looked teary-eyed and was no longer wearing his Tony Stark-inspired goatee.

"We both have swollen eyes from crying and are on our way to try to find ice cream. Kids need to understand that WORDS hurt," she added. 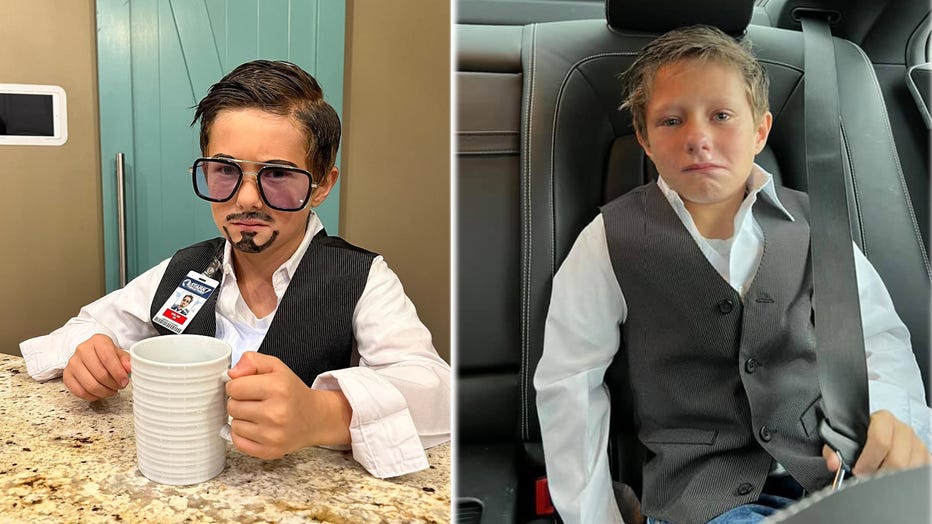 After opening up about the bullying incident online, Struckman’s Facebook post was shared more than 260,000 times. Many offered their support to the young boy and complimented his Marvel-inspired costume.

The pair made their way to Starbucks for refreshments, where they also discussed what happened and talked "through his feelings." She added that Evan ultimately decided that he didn’t want to miss the school party, after all.

"So we went home redid his AWESOME makeup and (marched) right back into school! He ended up getting that ride he wanted afterall. He also learned some valuable lessons today," Struckman wrote in part.

Evan’s mom shared photos of his triumphant return to school — again wearing his full Tony Stark costume with a Starbucks drink in hand — and later wrote: "This boy is tough and made me so proud!" 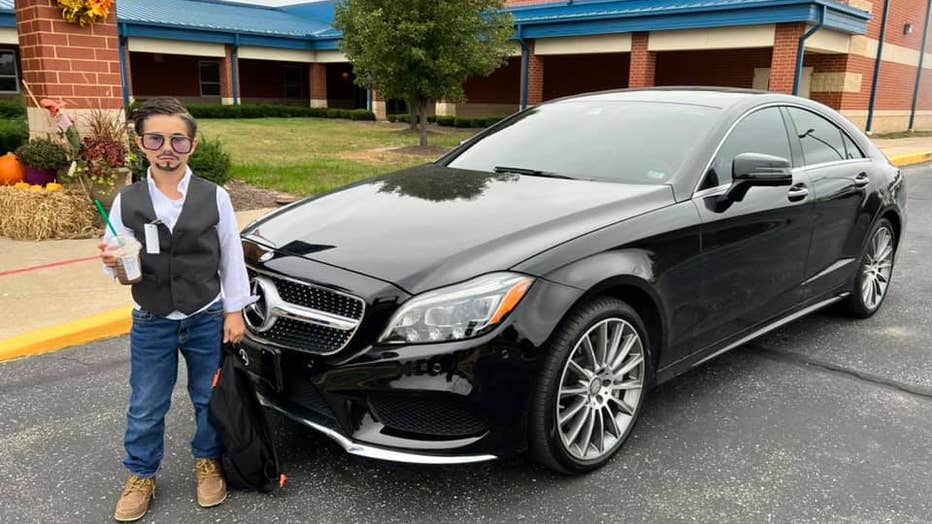 Evan is pictured back in his Tony Stark costume upon returning to school for the Halloween party on Oct. 22, 2021. (Photo credit: Jill Stahl Struckman)

"This wasn’t physical bullying, no one stole his lunch money or stuffed him in a locker, but it still hurt his feelings… because WORDS do hurt! To put this in perspective he was over the top excited about his costume… he couldn’t stop smiling when he left home. So to get a call from him sobbing and embarrassed just 20 mins later BROKE my heart," Struckman said.

The incident served as a learning experience for Evan, according to his mother. He never wants to make someone feel the way he did, "so he knows he should choose his words wisely." She added that Evan also learned "not to let other people’s opinions weigh so heavily on him."

After several of her Facebook posts received so much attention, Struckman said she has been "overwhelmed by the kindness."

Some have even tried to donate money to Evan, to which she responded: "If you want to donate please instead make a donation to a charity or just do a good deed."