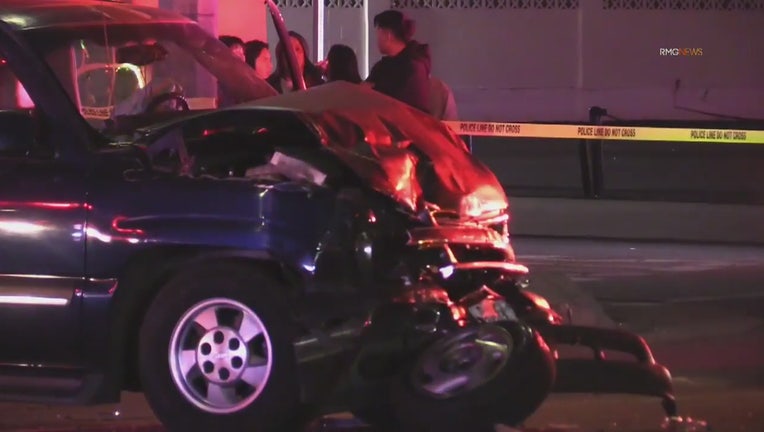 EL MONTE, Calif. - A 12-year-old boy was thrown from a vehicle and seriously injured during a hit-and-run crash in El Monte.

A hit- and-run driver crashes into a family's car in El Monte ejecting a 12-year-old boy from the car. Now police are trying to track that driver down.

A motorist in a blue Chevrolet Suburban fled on foot from the scene and remains at large.

The boy, who was ejected from the car, was taken to a hospital and was initially reported to be in critical condition.

"The latest update is that the 12-year-old male is at Los Angeles County/USC Medical Center in stable condition," Rasic said Sunday.

Two other people escaped the crash with superficial injuries, he said.

"It appears that one vehicle proceeded into the intersection -- failure to stop for the right of way -- and broadsided the other vehicle," Rasic said. "That intersection is not controlled by a traffic light.''