A wildland fire erupted in the Mountain Center on the morning of Jan. 15, fire authorities said.

The Bonita Fire, in the San Jacinto Mountains, has burned 715 acres and is 20% contained.

The forward rate of spread has been stopped, and all evacuation orders and road closures have been lifted, according to the Riverside County Fire Department. 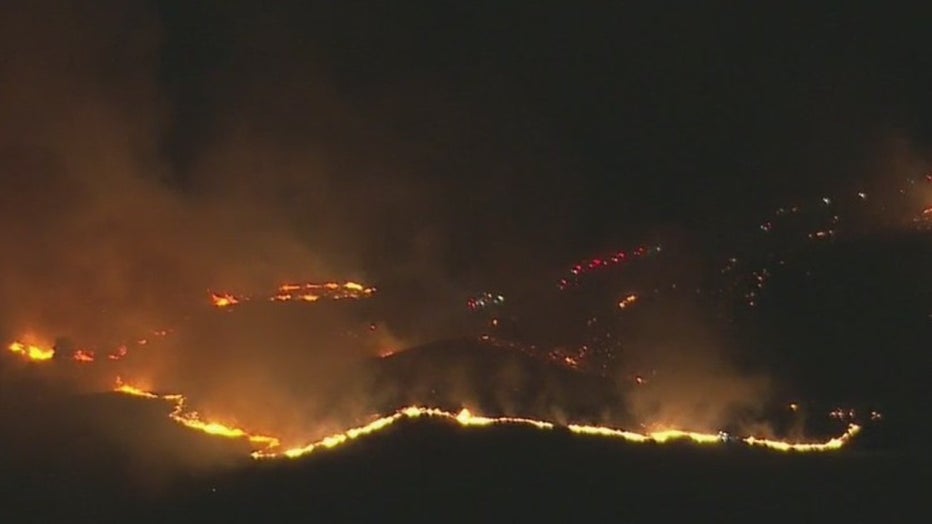 Firefighters were called to the 28000 block of Bonita Vista Road around 1:15 a.m. and discovered flames burning in heavy vegetation and pine trees.

Easterly winds pushed the flames to the southwest, threatening the lightly populated community of Mountain Center, and an evacuation order was issued for all residents. That order remained in effect as of mid-afternoon. The California Highway Patrol closed Highway 74 between Lake Hemet and the 74/243 interchange, as well as the 243 between Saunders Meadow Road and the interchange, due to the blazse.

However, at 12:30 p.m., the 243 was completely reopened, and the 74 was partially reopened. The CHP was providing escorts between Mountain Center
and Lake Hemet, going both east- and westbound on the 74, to reduce traffic volumes, as firefighters continue to move in and out of the area.

Roughly 250 firefighters from the county, state and U.S. Forest Service were on the fire lines.

As of 6 p.m. Friday, all evacuation orders and road closures have been lifted.