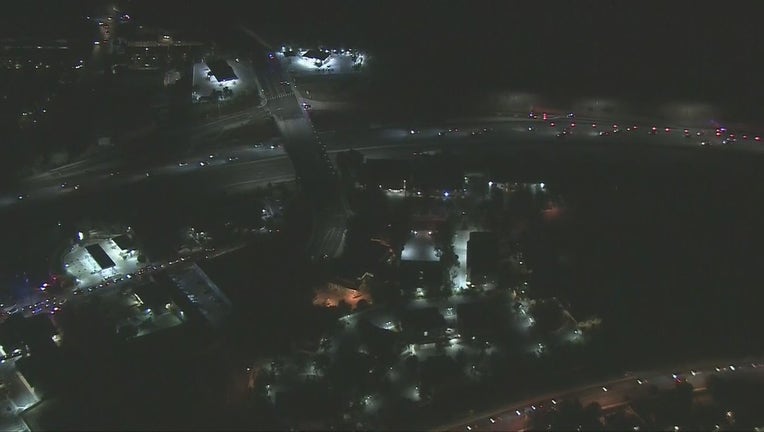 LOS ANGELES - A bomb squad was called to investigate parts of the 101 Freeway after reports of a person dumping fireworks on the road.

The California Highway Patrol received reports of a suspicious person dropping fireworks onto the 101 Freeway near Palo Tomato Canyon Road a little after 7:30 p.m Thursday.

CHP says no one is in custody as of Thursday night. So far no injuries have been reported.

The investigation prompted major delays in the eastbound lanes of the 101 Freeway before the road was eventually cleared.