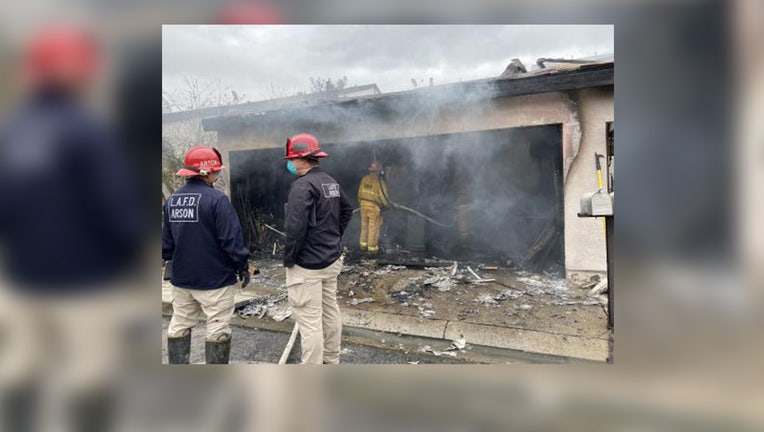 LOS ANGELES - The body of a 40-year-old man who may have been electrocuted was found Monday afternoon after fire crews extinguished a blaze in the detached garage of a Sunland condominium.

A 16-year-old boy was also hurt, though it was not immediately clear how he was injured. He was taken to a hospital in fair condition, according to Margaret Stewart of the Los Angeles Fire Department.

Twenty-eight firefighters were dispatched to the 8700 block of West Wyngate Street, near Newhome Avenue, at 2:04 p.m. on a report of an electrocution, according to Stewart of the Los Angeles Fire Department. While they were on their way to the scene, the call was upgraded to a structure fire response.

The as-yet unidentified man's body was found in the garage when the flames were extinguished at 2:23 p.m., she said.

The cause of death will be determined by the coroner's office.