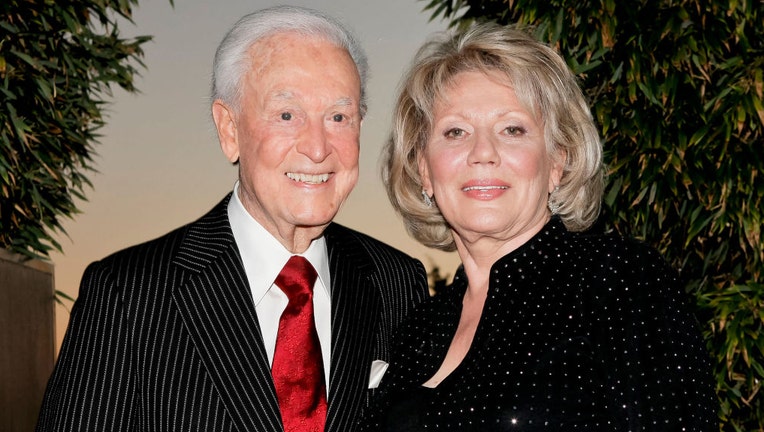 Bob Barker is in "very good health for his age" as the longtime "The Price is Right" host turns 99 Monday.

Ahead of Barker's milestone birthday, Nancy Burnet, the TV icon's companion of almost 40 years, shared an update on his current life and reflected on some of their favorite memories in an exclusive interview with Fox News Digital.

"He's going to be 99, and he takes one prescription medication and that's for his thyroid," Burnet, 79, revealed.

She continued, "And his health care or anyone who comes in to see him, they'll say, 'Well, we'd like a list of his medications.'"

FORMER ‘PRICE IS RIGHT’ HOST BOB BARKER HAS ‘NO REGRETS’ ABOUT HIS CAREER, IS A ‘FAN’ OF DREW CAREY: PAL

"I'll say, you know, let me just show you the bottle," Burnet added with a laugh. 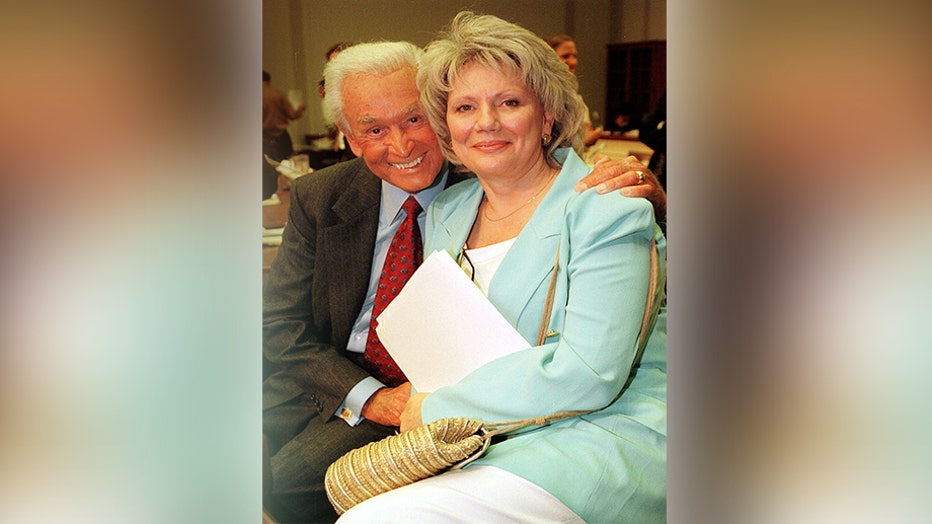 "That's it," she said. "So, he does not take anything for blood pressure, cholesterol, the umpteen other things that most people take as they grow older."

"He's in very good health for his age and his humor is still in good shape. He's had a very charmed life."

"He's in very good health for his age and his humor is still in good shape. He's had a very charmed life."

Burnet said that she and the former "Truth or Consequences" host would be having a "very simple and quiet" birthday celebration at his home with "cake and the usual things."

According to Burnet, the longtime vegetarian's health greatly improved after he began taking a full vegan meal-replacement at her encouragement about 20 years ago. "It was not to replace meals but to enhance everything," she explained. "To take that in addition to his meals, because he was not doing well." 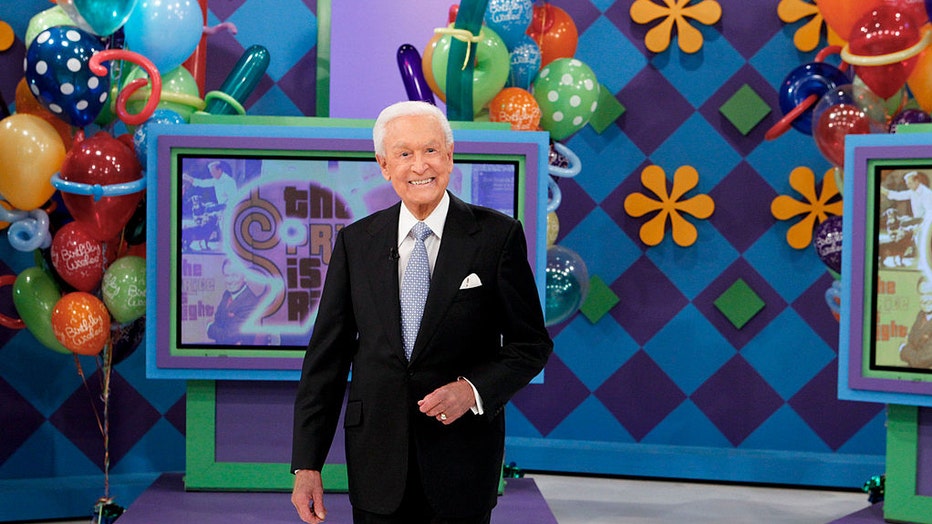 FILE-Daytime's #1-rated series and the longest-running game show in television history, THE PRICE IS RIGHT, is honoring legendary host Bob Barker with a week of shows. (Sonja Flemming/CBS via Getty Images)

"He was looking tired and kind of frail, not just not looking healthy. And, you know, if you're going to be a vegetarian and vegan, you better know what you're doing," she added.

Burnet told Fox News Digital that Barker also takes a number of supplements including collagen which she said has "kept his skin looking great, kept him strong."

"Especially after he had his injury in 2018, I really started pushing it then because he was going to be in bed for quite a while for his L1 to heal," Burnet said. 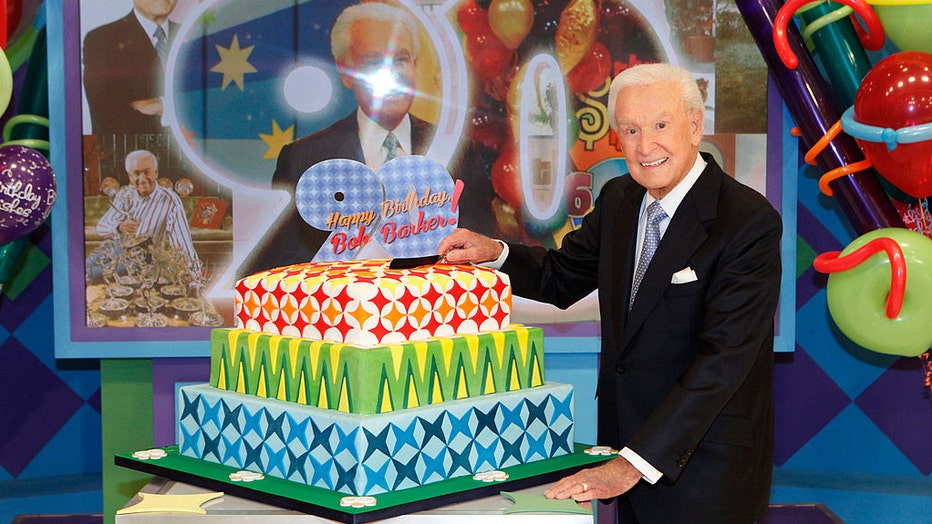 FILE-Daytime's #1-rated series and the longest-running game show in television history, THE PRICE IS RIGHT, is honoring legendary host Bob Barker with a week of shows. (Sonja Flemming/CBS via Getty Images)

Barker was hospitalized for severe back pain in October and November 2018. The former television personality received stitches in his forehead and injured his knee after suffering a serious fall on the sidewalk outside his Los Angeles home in 2015.

In 2017, Barker was hospitalized after injuring his head following a slip and fall at his residence. He received emergency treatment at his home after another scary fall in January 2019.

After his string of injuries, Burnet said that Barker has recovered well and continues to maintain his good health. "His doctors are quite surprised, anytime that they have seen him, how healthy he looks for his age, and they're surprised that he takes nothing else," she noted. 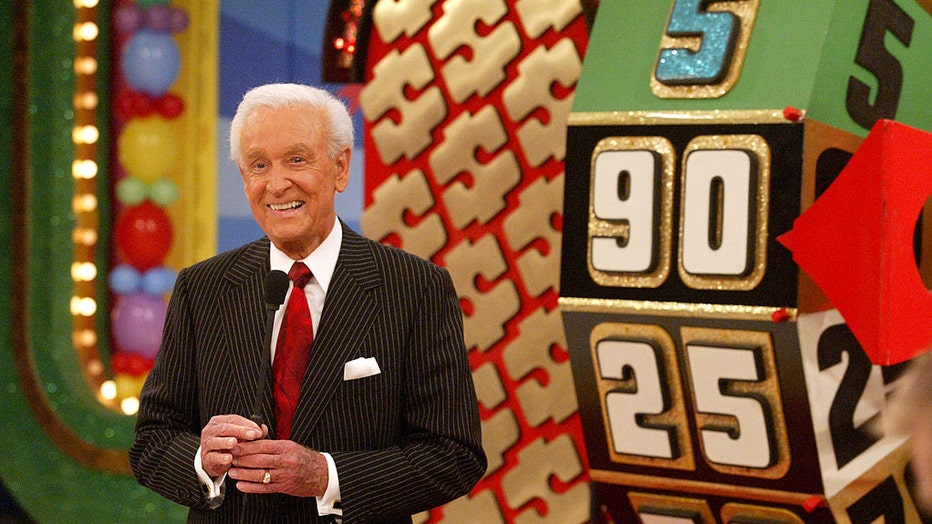 After a 50-year career in television, Barker retired from hosting "The Price is Right" in 2007. He has returned to the show three times since his retirement, including a 2013 appearance when he celebrated his 90th birthday.

Burnet told Fox News Digital that Barker speaks fondly of his time on the show and was always appreciative of its success. "He never grew tired of it," she said. "I'm not sure I could do the same show every day. But he never grew bored with it."

"So maybe that's why it was so successful because he was always ready to do it and happy to do it."

She noted that Barker really loved the show's original announcer Johnny Olson and that some of his favorite episodes of the show are "when something went wrong."

"Because he would just roll with it, make light of it, and it would be fun," Burnet added.

She recalled one episode in which a female contestant was wearing a tube top when she was called down from the "Contestants' Row." 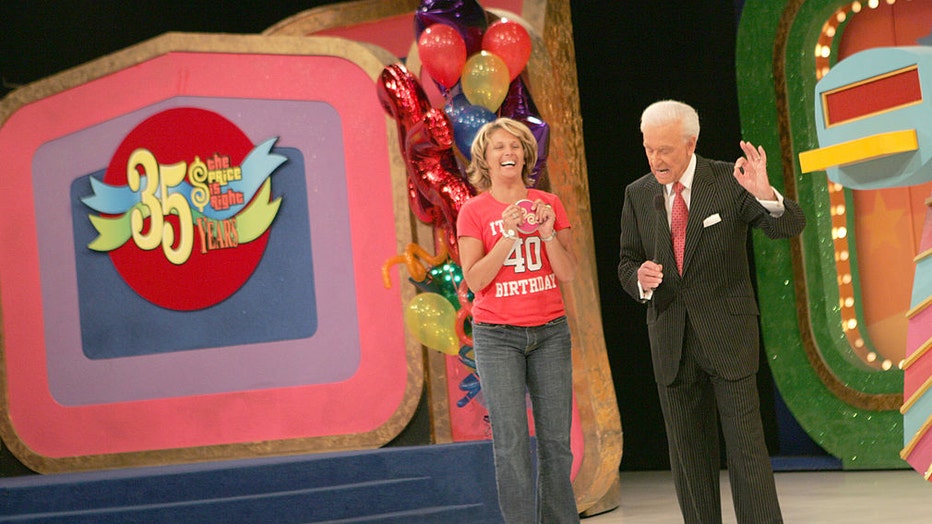 "They called this woman's name and said, ‘Come on down!’ And she got up, and she's running and jumping up and down and her tube top fell down," Burnet remembered with a laugh.

"And Johnny Olsen says, 'She's just giving her all for you, Bob!' That was something they thought that was pretty funny that he remembered," she said. "It was one of those unforgettable moments."

Burnet said that another of Barker's favorite moments came when future game show icon Vanna White competed on "The Price is Right."

"Even before she had ‘Wheel of Fortune,’ she was a contestant on ‘The Price Is Right,’" Burnet recalled. "She kept looking in the monitor. And he was funny. He was very direct. And he said something about paying more attention and to stop looking at herself in the monitor."

Burnet said that Barker was particularly grateful to "The Price is Right" for providing him a platform to raise awareness about a cause that was especially dear to his heart. Beginning in 1979, the host would sign off every episode with the phrase, "This is Bob Barker reminding you to help control the pet population — have your pets spayed or neutered."

"I think that one of the things he certainly appreciated most about the show was being able to use [it] as a vehicle to raise awareness about spaying and neutering and the tragic plight of animals," Burnet said.

Barker has credited his wife Dorothy Jo Gideon as the inspiration behind his lifelong advocacy for animal rights. The pair were married for 36 years until Gideon's death from lung cancer in 1982 at the age of 56. In 1994, Barker founded the DJ&T Foundation, which was named after Dorothy Jo, and his mother Tillie. The foundation provides low-cost spaying and neutering services and has raised millions of dollars for animal rights organizations all over the country.

Burnet is the president of the nonprofit organization United Activists for Animal Rights, which was founded in 1987. She told Fox News Digital that she and Barker first met at an animal adoption event that he hosted with actor Earl Holliman on March 27, 1983.

At the time, Burnet said that she was not very familiar with Barker or "The Price is Right," but a friend had informed her of his advocacy on behalf of the spay-neuter movement. Burnet approached Barker regarding another project that she was working on, and the two connected over their shared passion for animal rights advocacy.

In 2000, Barker enlisted Burnet to develop and oversee the DJ & T Foundation's spay-neuter programs, and she currently serves as the foundation's director.

Burnet said that a 2001 episode of "The Price is Right" had special meaning for both herself and Barker. During the episode, the game show host unveiled the official USPS spay-neuter stamps, and Burnett made an appearance at the end with Barker's black Labrador Winston and her Australian Shepherd Panda.

Burnet said that some of her favorite memories with Barker took place during their travels. "Just about everywhere we ever traveled, we became involved in some animal issue or something."

She remembered that the couple attempted to organize a protest in the Cayman Islands after hearing that a circus was coming to the area.

"They were happy to see us leave Cayman," she said with a laugh. Burnett recalled how the pair called animal control on the Hawaiian island of Kauai after finding an injured pitbull running around a tourist area and begging for food.

Burnet explained that the two thought that the dog had been in a dog fight since a piece of the skin on its side had been ripped away. "We found out that it wasn't dog fighting at all. It was because of hunting pigs with pits," she said.

"And so we tried to get a campaign going for that, and they were happy to see us leave there. We weren't welcome in a lot of places."

Burnet and Barker recently celebrated the official opening of the Donkeyland Wildlife Sanctuary, an almost 2,000 acre preserve for wild burros in Southern California's Inland Empire, which Burnet has described as Barker's "greatest living legacy." As phase one of the project, Barker's foundation contributed funds to fence off nearly 500 acres of the property so that the area's wild donkeys can be protected while roaming freely.

"That was a disaster," Burnett said. "Donkeys were being hit by cars, trains, it was a hideous situation."

She explained that the male donkeys on the preserve are now rounded up and castrated to bring down the population. In addition, sick and injured burros receive medical attention and vaccinations before being released back into the preserve.

While Burnet said that she believes Barker views the success that he achieved at an early age as his lasting personal legacy, she said, "on a humane level, he loves knowing that a lot of animals have been helped."

"He's very much interested in history," she added "He doesn't read much anymore. But when he did, he read mostly about history, American history, wars, World War II. He's very knowledgeable about it."

"He's very much interested in history. He doesn't read much anymore. But when he did, he read mostly about history, American history, wars, World War II. He's very knowledgeable about it."

Burnet said that Barker "doesn't really" watch "The Price is Right" anymore as the show is "very different" from when he was on it.

"Which is as it should be," she said. "It's Drew Carey's show now, and he should do it his way. But it's like anything after you're away from it for a while."

When asked if Barker had a message for his fans on his 99th birthday, Burnet told Fox News Digital that she thought it would be the same message that he has shared for decades.

"Remember to have your pets spayed or neutered," she said. "I hope the day will come when people say, ‘What do you mean by that?’"