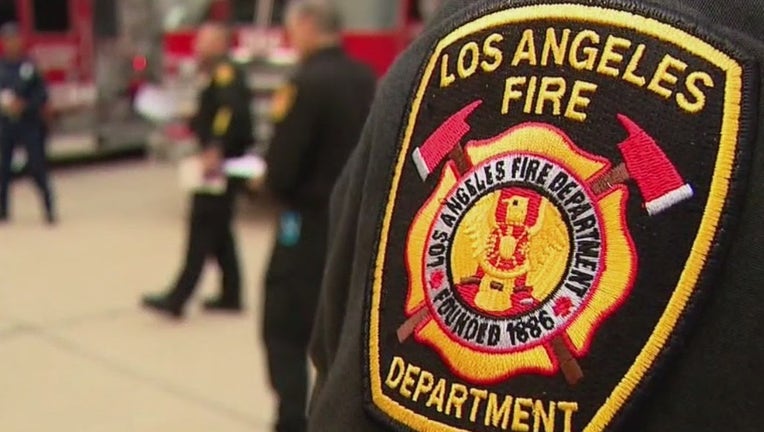 LOS ANGELES - A Black Los Angeles Fire Department firefighter is suing the city, alleging he was subjected to racial discrimination and harassment by colleagues at multiple stations and that one firefighter also chastised Black citizens who he accused of taking advantage of the tax and welfare systems.

Hogan was hired in February 2016 and his first assignment as a probationary firefighter was at Station 20, where he immediately was subjected to harassment and discrimination based on his race, the suit states. He also was targeted for hazing, his complaint states.

An apparatus operator often required Hogan to carry all the equipment for each call, criticized the plaintiff constantly and showed favoritism to white probationary firefighters, the suit states.

After Hogan passed his four-month probationary evaluation, he was reassigned to Station 60, where he continued to endure race-based harassment and discrimination from his first day there when a captain refused to provide him with the station's standard operating guidelines, the suit alleges. This became important later when the Station 60 captain gave Hogan an "unsatisfactory" daily rating because the plaintiff allegedly failed to follow the station's operating guidelines, which were never provided to him, the suit states.

"When plaintiff questioned the rating, (the captain) told him not to question him and to just do what he says," the suit states.

Hogan was subsequently labeled a "problem child" within the LAFD, the suit states.

During another incident at Station 60, Hogan was cleaning the back of an ambulance by himself when a white firefighter approached him and shouted at him for no reason, saying, "What's your (epithet) problem? You don't like the way I talk to you? Here's my (epithet) badge number."

The white firefighter challenged Hogan to file a complaint against him, the suit states.

Hogan's supervisors and fellow firefighters continually made fun of the plaintiff and harassed him for not being aggressive enough, the suit states. Although Hogan eventually obtained a transfer to Station 68, the alleged harassment and discrimination continued there, the suit states.

Hogan was sent to Station 21 to complete his paramedic evaluation, which he passed, and he was then assigned to Fire Station 65 in November 2017, where another firefighter immediately began "harassing, discriminating against and otherwise disrespected plaintiff because of his race," the suit states.

Hogan and the other firefighter once responded to a call to help a Black woman who had run out of her seizure medication and was having epileptic symptoms, the suit states. Upon their arrival, the other firefighter chastised the patient and the patient's sister for "taking advantage of the welfare and tax systems and told them that they should get a job so that they (could) afford the medication," the suit states.

The same firefighter sent everyone at Station 65 a text message with a lewd picture depicting an overweight, Black woman wrapped with meat, with a caption that read, "I hope everyone looks their best for the Christmas party," the suit states.

Hogan sought professional help in April 2018 and described to an LAFD psychologist the harassment and discrimination that he was suffering at work, the suit states.

In August 2018, Hogan and two other Station 65 firefighters went on an emergency call to help a young female when one of Hogan's colleagues cursed at the plaintiff in front of the patient and her family, saying, "Why don't you do your (epithet) job?"

The same firefighter berated Hogan in front of multiple crew members when they returned to the station, the suit states.

Hogan's complaints about his treatment did not result in any changes and he was eventually forced to go on leave to "escape the harassment, discrimination and retaliation that he endured day in and day out," the suit states.

The alleged mistreatment has damaged Hogan's reputation, hurt his ability to promote and interfered with his ability to work, the suit states. He also has suffered anxiety, anguish, and mental suffering, according to the suit.