Number of tenants behind on rent doubled during COVID-19 pandemic

The COVID-19 pandemic has wreaked havoc on the housing rental market.

WASHINGTON - President Joe Biden is asking the U.S. Supreme Court to keep an eviction moratorium in place as many families struggle amid the COVID-19 pandemic.

The Biden administration filed the court document Monday in response to a group of Alabama and Georgia landlords asking the court to vacate the ban last Friday.

The Supreme Court has the case after a three-judge panel of the U.S. Court of Appeals for the District of Columbia rejected a bid by the landlords to overturn the ban.

The current moratorium is scheduled to expire Oct. 3.

The Biden administration allowed an earlier moratorium to lapse on July 31, saying it had no legal authority to allow it to continue. But the U.S. Centers for Disease Control and Prevention issued a new moratorium days later as pressure mounted from lawmakers and others to help vulnerable renters stay in their homes as the delta variant of the coronavirus surged.

Biden then changed his stance.

"The trajectory of the pandemic has since changed —unexpectedly, dramatically, and for the worse," Biden argued in Monday’s court document. "As of August 19, 2021, the seven-day average of daily new cases is 130,926." 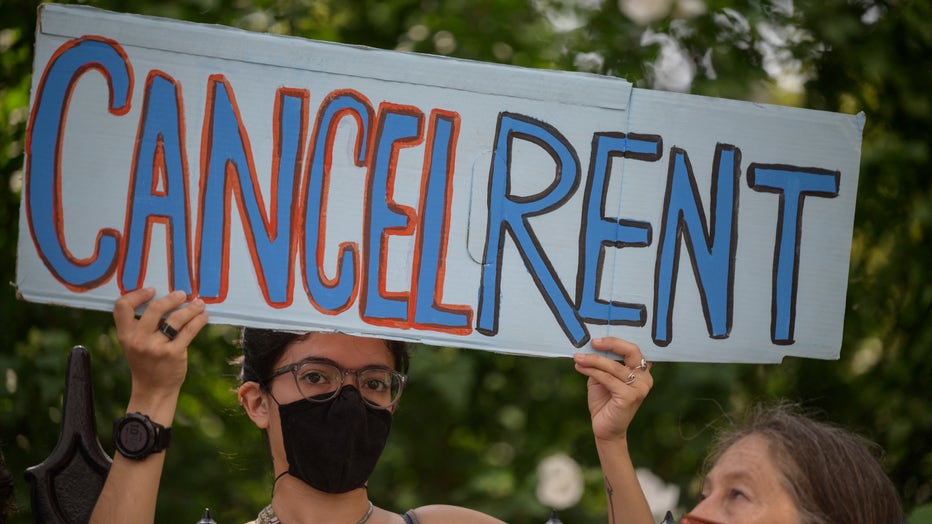 Demonstrators attend a rally calling for an extension of the state's eviction ban until 2022 and the cancellation of rent, in lower Manhattan, New York city on August 11, 2021. - Under pressure from progressive Democrats, US health authorities declar

The CDC put the initial eviction ban in place as part of the COVID-19 response when jobs shifted and many workers lost income. The ban was intended to hold back the spread of the virus among people put out on the streets and into shelters, but it also penalized landlords who lost income as a result.

But the Alabama Association of Realtors argued that the CDC shouldn’t have the authority to issue a ban and that the ban puts a burden on landlords. National Apartment Association president and CEO Bob Pinnegar said the organization "has always held the same position — the eviction moratorium is an unfunded government mandate that forces housing providers to deliver a costly service without compensation and saddles renters with insurmountable debt."

RELATED: Number of tenants behind on rent doubled during COVID-19 pandemic

This is the second attempt from the Alabama Association of Realtors to get the Supreme Court to vacate the ban after justices declined to do so 5 to 4 in June.

The country’s estimated rent debt is more than $21.3 billion.

As of Aug. 2, roughly 3.5 million people in the United States said they faced eviction in the next two months, according to the Census Bureau’s Household Pulse Survey.