A bear was tranquilized and removed after it was seen roaming through a residential neighborhood in San Dimas Wednesday.

SAN DIMAS, Calif. - A bear was tranquilized and removed from the yard of a San Dimas home.

Officials responded to a neighborhood near Gladestone St. and Dallas Rd. around 7 a.m. Wednesday after reports of an animal wandering in the area.

SkyFOX was over the house as the bear was perched on top of a tree. Officials used a dart gun to get it out of the tree.

It wasn’t until 11 a.m. that the bear came down and walked through the yard.

Wildlife authorities placed the bear on a truck and took the animal to safety. 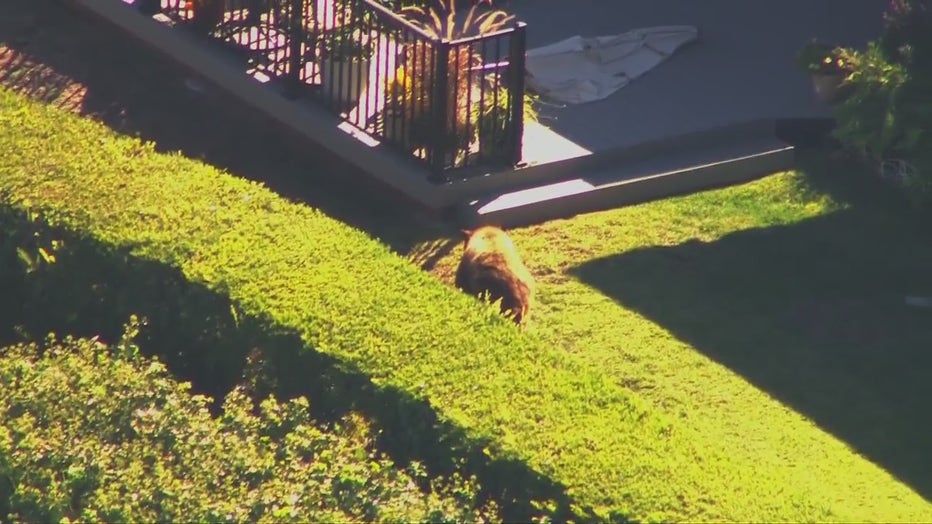