Live entertainment industry lost $30B in revenue due to COVID-19

Pollstar on Friday released its year-end report, explaining that the live events industry should have hit a record-setting $12.2 billion this year, but instead it incurred $9.7 billion in losses.

BARCELONA, Spain - Eager for a live music show after months of social distancing, more than 1,000 Barcelona residents gathered Saturday to participate in a medical study to evaluate the effectiveness of same-day coronavirus screening to safely hold cultural events.

After passing an antigen screening, 500 of the volunteers were randomly selected to enjoy a free concert inside Barcelona’s Apolo Theater.

The other 500 who didn’t get selected were sent home. They will form a control group that will allow the organizers to analyze if there was any contagion inside the concert hall despite the screening with antigen tests, which while not as accurate as other types of tests, do produce results in 15 minutes as compared to several hours, or days, later. 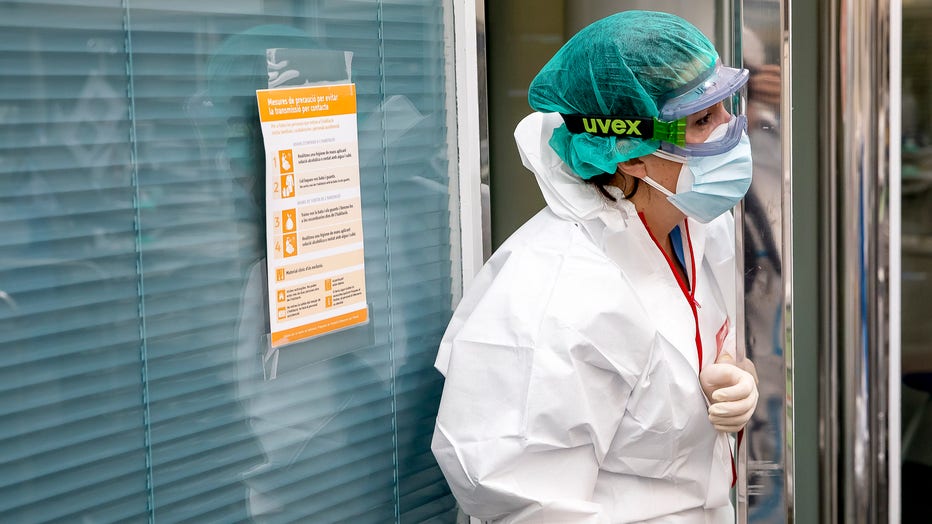 Images from the Intensive Care Unit of the Hospital del Mar in Barcelona, specializing in the treatment of COVID-19 / Coronavirus in Barcelona., Catalonia, Spain, December 11, 2020. (Photo by Albert Llop/NurPhoto via Getty Images)

Carolina Rius was one music lover willing to accept the risk of mingling among a large group of people indoors so she could finally experience a concert without having to remain seated and two meters apart as currently dictated by health authorities.

“I really, really missed going to concerts, above all to hear some rock ’n’ roll,” the 56-year-old Rius said. “I don’t feel like a guinea pig. I feel like I am taking a stand. The world of culture, and above all the concert halls, are having a very bad time of it and I don’t want them to shut for good.

“And if they end up choosing me in the draw to go to a concert, that will be the cherry on top.”

The study is organized by Barcelona’s The Fight AIDS and Infectious Diseases Foundation along with the Primavera Sound music festival. The study was given the go-ahead by the regional authorities in northeast Catalonia.

“This is not a party, this is a scientific study,” Dr. Boris Revollo, the virologist who designed the study’s protocols, told The Associated Press. He insisted that the use of same-day antigen screening for large events wasn’t a substitute for face masks and other sanitation rules, but he believed it could be a powerful tool to help make large events safe enough until vaccines are widespread enough to beat back COVID-19.

“This could be useful in all types of events, from cultural events, to business congresses, to sporting events,” Revollo said. “And young people, as we have seen, are holding their own clandestine parties because they have no other outlet.”

The 500 allowed into the five-hour music festival of rock groups and disc jockeys must wear FFP2 face masks and hand disinfectant. Social distancing, however, on the concert floor wasn’t to be enforced in an attempt to get as close as possible to a real concert atmosphere. Organizers said they will also keep a close watch on the designated areas for drinking to ensure that they don’t become a hotspot of trouble.

All 1,000 of the volunteers will also undergo two PCR tests, which have a higher capacity to detect the virus than the same-day antigen test, first on Saturday before the concert, and then again eight days later. Revollo said these PCR tests will allow him and his fellow investigators to determine if any infected people got past the same-day antigen screen and, if so, did they infect others inside the show.

Spain is still under limited restrictions for the pandemic that has killed a confirmed 47,600 residents.

Concert halls have been one of the hardest hit sectors by the health restrictions applied in Spain, twice being completely shut down for several months. In November, an association representing concert halls in Spain said that more than 25,000 shows had been canceled because of the pandemic, costing the industry 120 million euros ($145 million) in lost revenue. Halls were only recently allowed to reopen in Barcelona but at 50% capacity or a maximum of 500 people.

Epidemiologist Joan Caylà, who has no connection to the study, said that while “vaccines are still far off” before they reach everyone, even the successful use of antigen testing wouldn’t eliminate the need to keep events small and highly controlled.

“It is very important that those attending the event act responsibly,” Caylà said. “A certain risk of causing an outbreak exists.”