INGLEWOOD, Calif. - Vanessa Bryant was in attendance as Bad Bunny honored Kobe and Gigi Bryant during his sold-out concert at SoFi Stadium in Inglewood on Saturday night.

Vanessa Bryant said the Puerto Rican reggaetón superstar invited her to the show and she was welcome to bring whomever she wanted.

"Thank you for gifting us your ‘6 Rings’ show and thank you for inviting us to your concert last night," she wrote in an Instagram caption with photos from the show. "I loved seeing my Gigi’s bracelet on your wrist during your concert! It brought a smile to all of our faces. Gracias Benito." 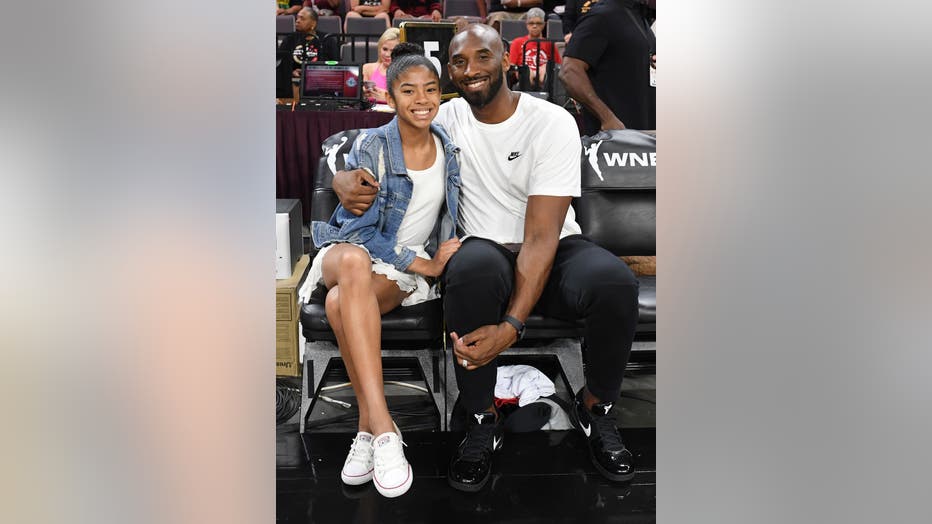 Vanessa Bryant was also wearing a bracelet honoring her late daughter Gigi during the concert as well that read "Mambacita."

One of his outfits during the show included a purple and gold ensemble. 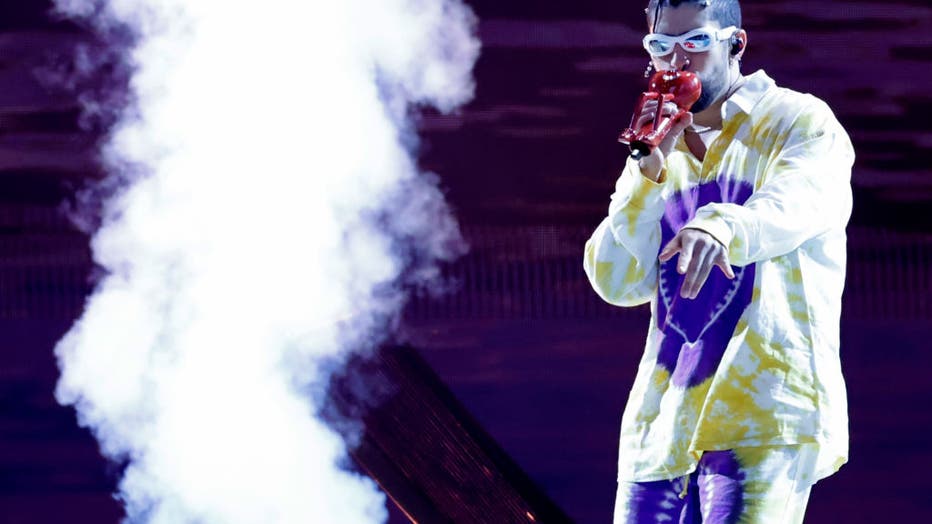 "Bad Bunny's cultural impact will have a tremendous and positive influence on future generations and will redefine Latino culture in Los Angeles and beyond for years to come," City Councilman Kevin de León said.

Born Benito Antonio Martinez Ocasio, Bad Bunnywas the most-streamed artist on Spotify in 2021 for the second year in a row. His album "El Ultimo Tour del Mundo" was the first Spanish-language album to debut atop the Billboard 200 chart in 64 years.