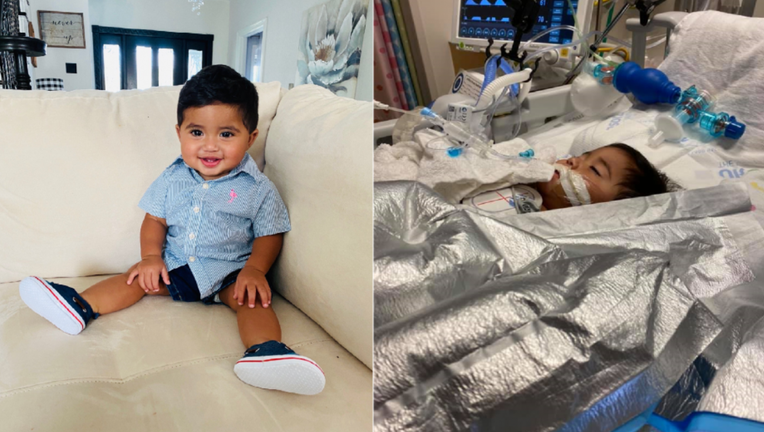 HOUSTON - 10-month old baby Nick Torres will go home with his parents from Texas Children's Hospital after being on a ventilator for several weeks, according to Family Attorney Kevin Acevedo. 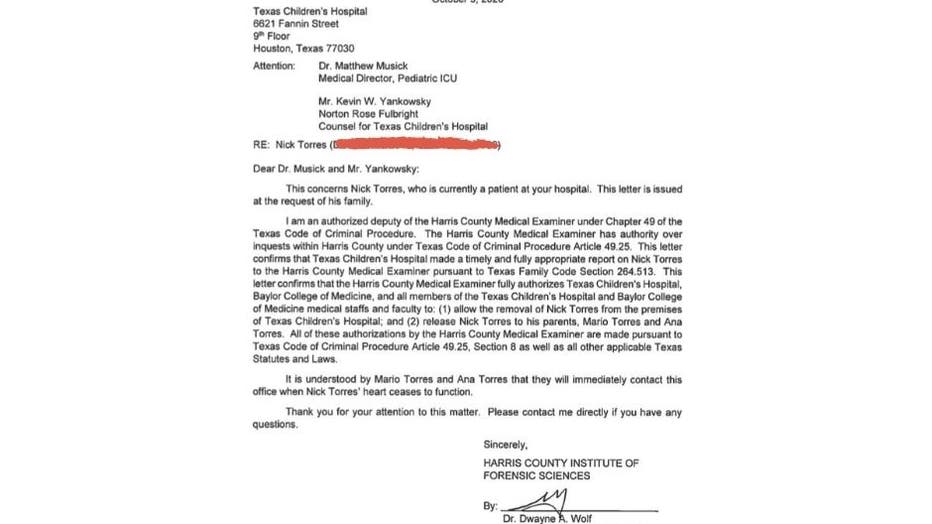 Baby Nick has been on a ventilator since September 26.

According to a temporary restraining order that was filed Sept. 30, the boy was found unconscious in a bathroom tub, laying in water and unresponsive on or around September 24.

FOX 26's Maria Salazar has the latest after a district judge granted more time for a 10-month-old on life support at Texas Children's Hospital in Houston.

On Friday, a three-judge panel denied the family's request to keep the boy on a ventilator due to insufficient evidence.

The appeals court sided with Texas Children's Hospital, saying there was "no error" in Judge Donna Roth's ruling last week.

— Kevin Acevedo, Family Attorney (message to hospital and the judge)

According to the emergency motion filed Friday, Dr. Calixto Machado, MD, PhD, FAAN, says he needs time and permission from the court to evaluate Nick Torres’ case, and that he is willing and able to travel to the United States to evaluate his condition.

Dr. Machado, who currently resides in Havana, Cuba, is one of the “most imminent authorities on ‘brain death,’” the motion states.

The family’s attorneys are also asking the appeals court to order a “period of physiological stabilization” – including ordering basic nutrition for his body to sustain its heart-rhythm, and cardiovascular, respiratory and excretory functions – until the doctor can travel to the United States.

Acevedo believes the appeals court has not adjudicated over the new emergency motions despite their ruling on the initial motion coming after the filing.

On Friday afternoon, Judge Donna Roth ruled that she has denied a temporary injunction to allow more time for baby Nick to recover.

On Sunday, the family filed for an emergency appeal after a judge denied a temporary injunction to allow more time for 10-month-old Nick Torres to recover. The family was given until 5 p.m. Wednesday to present all the arguments and evidence to the court.

The three-judge panel would then review all of the evidence from the boy's family and lawyers and Texas Children's Hospital before delivering a ruling which could come before the end of the week.

The order says that the hospital and medical staff told the family that there is nothing else that could be done to save their child and that they must disconnect the baby from any and all life support systems, even though the baby had only been at the hospital for six days.

The parents of baby Nick said in the court documents they believe their child has a chance to survive this emergency, see encouraging signs, and hold hope that a miracle will happen and simply need time.