The story of "Baby Holly" has made national headlines and there's a strong Arizona connection to the case. The murder of the child's parents remains unsolved and authorities say a cult could be linked to the crimes. FOX 10's Justin Lum reports.

YUMA, Ariz. - The story of "Baby Holly" has made national headlines recently, and there’s a strong Arizona connection to the woman found alive and well more than 40 years after being separated from her murdered parents.

Their killings are still unsolved, and authorities say a cult could be linked to the crimes.

The beginning of Holly Clouse’s life is a mystery, but investigators know part of her life took place in the desert.

"A nightmare. It was something that was on our mind constantly and I'm wondering what happened to her," Casasanta said.

For more than 40 years, she had no clue where Holly or her parents could be.

"Every time the phone rang, I think, maybe this, that … you don't want them to be dead, mind you, but yet you want to lay it to rest, you want to find out what happened," Casasanta said.

In the late 70s, her son Harold Dean Clouse Jr. and his wife Tina left Florida for Texas after having Holly. By October 1980, Casasanta stopped hearing from them.

Investigators in Texas say a woman who went by "Sister Susan" called Casasanta, claiming she wanted to sell Dean’s car back to his family. They met at the Daytona Racetrack in Florida where three young women appeared in white robes and sandals.

They reportedly told Casasanta, "Your son don't want any contact with you anyway, none of the family, they've joined a group, a cult and they're with us now and he'll not talk to you."

"In 1981, two deceased individuals were discovered in the wooded area in Houston, Texas. Their identities could not be determined at that time. What law enforcement did know is that they were likely murdered," said Brent Webster, the First Assistant Attorney General of Texas.

In 2021, genealogists finally identified the bodies as Dean and Tina Clouse. Dean was bound and beaten and Tina was strangled when they died.

The Texas Attorney General's Office is now providing details on the nomadic religious group possibly connected to the murders and Holly’s initial disappearance.

"They were wearing white robes and they were barefoot. They indicated the beliefs of their religion included the separation of male and female members, practicing vegetarian habits and not using or wearing leather goods," Webster said.

‘… just walked right out of the bible’

It's been 42 years since Holly was dropped off by a nomadic cult at a church in Arizona and there’s been talk that this life-changing event happened in Yuma.

Yvonne Peach owns the historic Coronado Motor Hotel in Yuma and recalls seeing this group of people. From the hotel's lobby, she's seen a world of people.

"I would watch people coming and going, and one day there was this group of people that come by, and they kind of caught my eye because I felt like they had just walked right out of the bible," Peach said.

She’s been working at the hotel seven days a week since 1979 when she met the owner John who she later married.

"Yeah that’s them. I remember like, I said, you don’t see people like that normally, you know?" Peach said while looking at a photo of a group of people dressed in all white. "I remember seeing them multiple times. It wasn’t just once. I seen them several times."

The photo she was looking at was taken decades ago in Santa Fe, New Mexico by Joe Szimhart.

Szimhart spoke with FOX 10 about the religious group.

"I was a portrait artist in Santa Fe, New Mexico and beginning my research on the cult phenomenon because I really just emerged from a large new age cult myself and lots of different groups, religions, preachers, would show up on the Santa Fe plaza during the summer, while I work there, and I would meet with them and talk to them," Szimhart said.

He's a cult information specialist and he says he’s certain this group is called the "Christ Family."

Rick Alan Ross, author of "Cults Inside Out" agrees.

"Christ Family is one of the most extreme cults that came out of the 70s and 80s. It was led by this man Charles McHugh who was known as 'Lightning Amen.' He claimed to be the reincarnation of Jesus Christ, and many of the members would assume the name Christ as their new last name," Ross said. 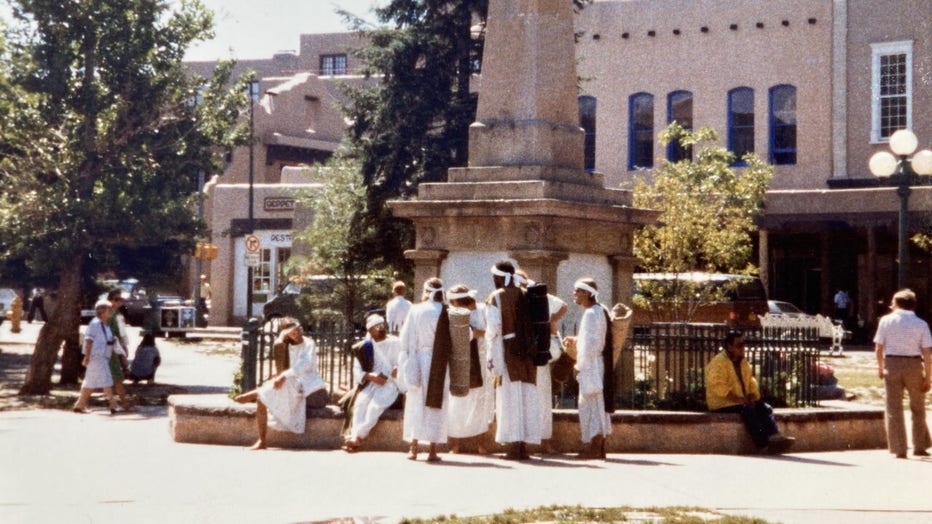 Who is ‘Lightning Amen?’

Who was this leader?

Mugshots of Amen from California’s Department of Corrections show a middle-aged man with a distinct beard.

"McHugh was a harsh leader, very extreme. He would manipulate scriptures out of context in the bible to explain why he should have control and power over his followers’ lives. He also was involved in illegal drug trafficking methamphetamine and the group grew marijuana," Ross said.

Szimhart adds, "He was considered to be pathological by ex-members, you know, so it wasn't like brainwashing works forever for some people. It might work for a few months for some people, for 10 years, you don't know. It depends on the person."

In 1987, Amen was sentenced to serve five years in prison after being convicted of possessing and transporting meth for sale. In 2001, Amen was arrested again, this time accused of three counts of annoying or molesting a child under 18 – he was found guilty on one count. 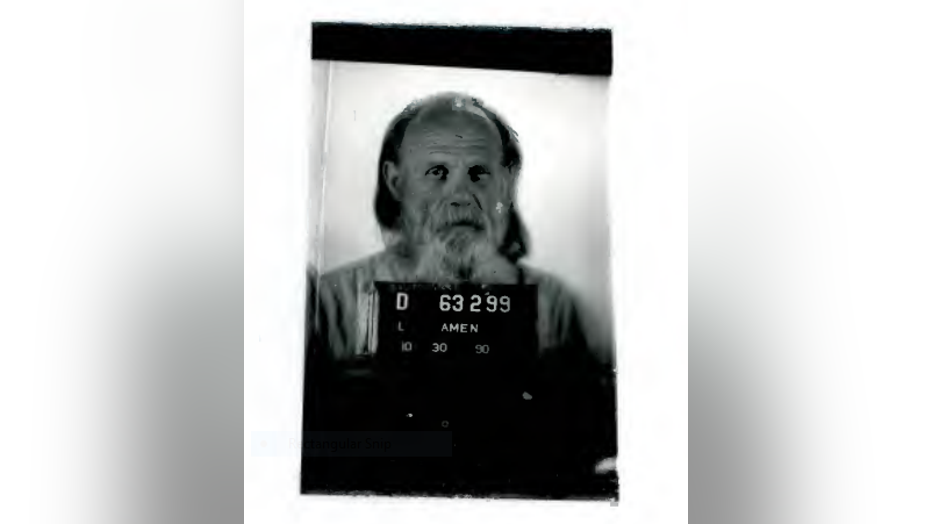 Besides giving up worldly possessions and being vegetarians, members smoked marijuana as a "sacred herb" and children were not wanted in the group.

"The look was to look like nuns and monks and that's why children were not necessarily part of the movement," Szimhart said.

The group traveled throughout the southwest regions of the United States and were spotted in Yuma many times in the 1980s.

Why exactly was this group nomadic?

"Members of Christ Family would wander around fundraising … Texas, New Mexico, California, Arizona. They would call this ‘in the wind.' They would be in the wind, and they would panhandle, they'd hustle food stamps," Ross said.

So, why would 21-year-old Dean and 17-year-old Tina get involved with a nomadic religious group?

"My belief is that the Clouses decided that they didn't want to continue with the group. They may have also witnessed illegal activities involving the group's drug trafficking, so at that point, they disappeared, but they were murdered, and I don't think there's any way to separate those murders from Christ Family," Ross speculated.

Loved ones say they’re of course relieved that Holly was never harmed.

FOX 10 confirmed that she was brought to a Yuma church sometime after her parents were killed and that a pastor and his wife adopted Holly, changing her life forever.

"They were talking about adopting, then all of a sudden this baby's dropped on their front doorstep practically," said Debbie Brooks, Holly's aunt.

On Dean’s birthday this year, June 7, Holly was found and officially identified. She's a 42-year-old mother of five living in Oklahoma.

"I know that God placed her there, I know he did. We prayed and prayed …," Casasanta said. "We're just so grateful that this family did get very, very grateful," Brooks added.

Holly's biological parents still don’t have justice, and despite the cult being defunct for decades, investigators know someone has information.

"What we need to know is who, and why, why, you know? What was your reasoning behind killing them?" Brooks said.

It's important to note that Holly's adoptive parents have never been suspects in this case.

The "Dean and Tina Linn Clouse Memorial Fund" now supports law enforcement genetic genealogy investigations. The goal is to help identify John and Jane Does with families waiting for answers.

Anyone who has tips on this case can email coldcaseunit@oag.texas.gov.