Jacob was found by an officer in a parking lot approximately four miles from where he was taken, the Sunnyvale police department said.

SUNNYVALE, Calif. - UPDATE: A toddler that was abducted in Sunnyvale has been found, the California Highway Patrol tweeted Sunday evening.

Jacob Jardine was found by a CHP officer in a parking lot approximately four miles from where he was taken, the Sunnyvale police department said.

"A very big sense of relief," said Jacob's grandmother, Shawna Thiel. "I just want to see him, can I see him, I’ll be happy, I'll be better when I see him."

Although he seemed unharmed, before being reunited with his family, Jacob was taken to a hospital to be evaluated the Sunnyvale Department of Public Safety said.

An Amber Alert was issued early Sunday morning, for a toddler in a vehicle that was stolen in Sunnyvale.

Authorities said Jacob Jardine was seated in a brown 2008 Buick Enclave when it was taken by an "unknown suspect" shortly before 4 a.m. Sunday. Jacob's mother was unloading groceries from the SUV when he was taken, officials said. 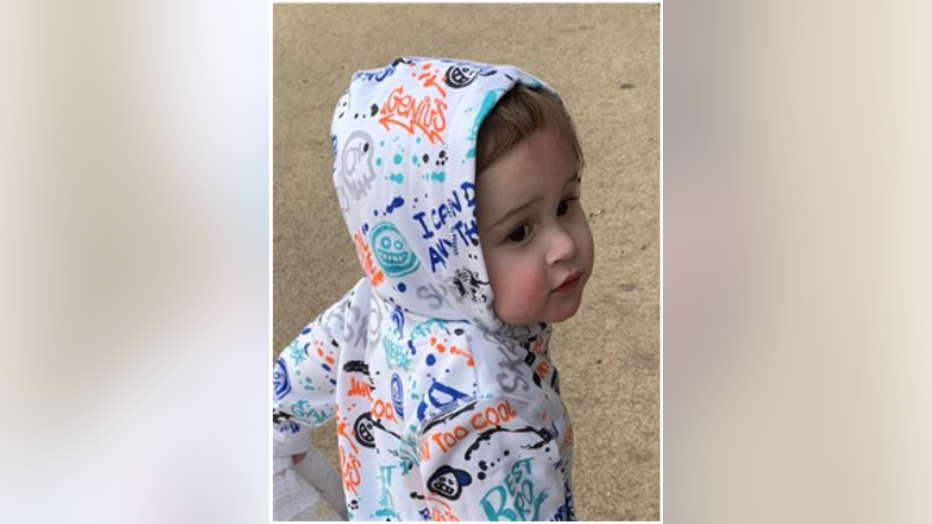 Police said they are looking for 29-year-old Luong "Tammy" Huynh, pictured below.

They believe Huynh may have information to help locate Jacob Jardine. 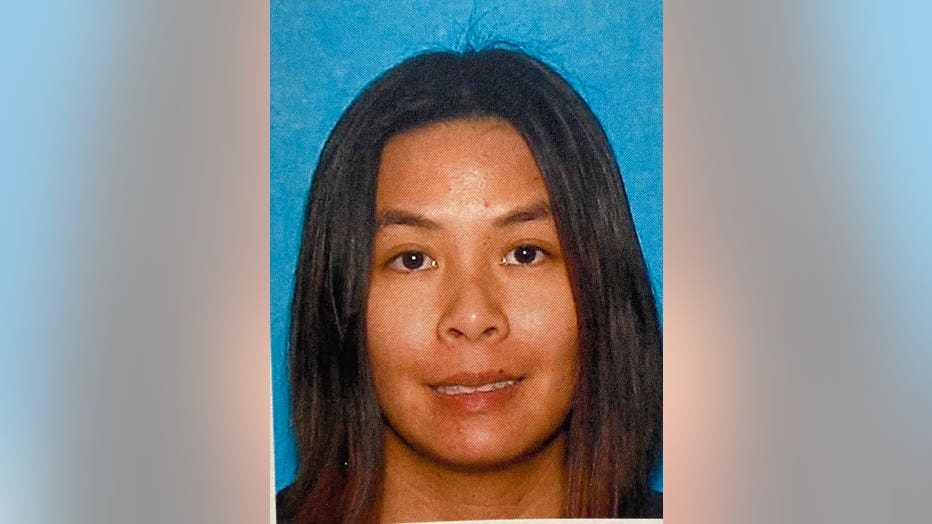 Police are looking for Luong "Tammy" Huynh, who may have information regarding the abduction. 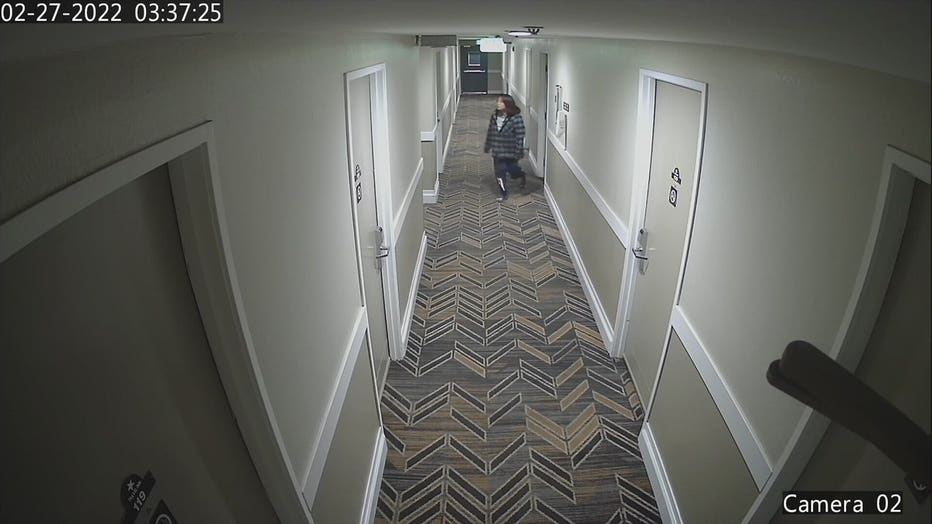 Photos released by police of Luong "Tammy" Huynh, who may have information regarding the abduction. 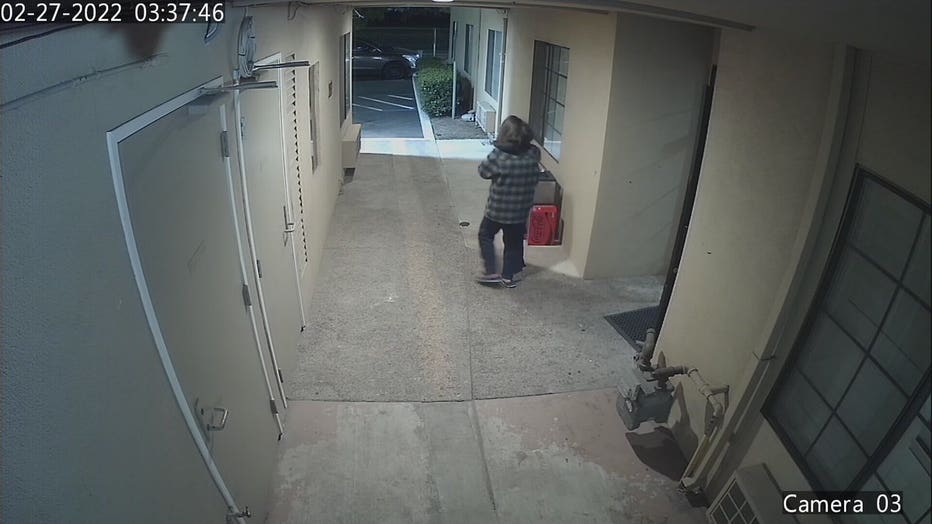 He was wearing the sweatshirt seen in the above photo and white and gray pants.

The SUV has paper plates from Georgia, a spare tire on the right front side, along with a burned out left headlight and taillight. It also has a blue "Baby on Board" sticker in one of the windows. 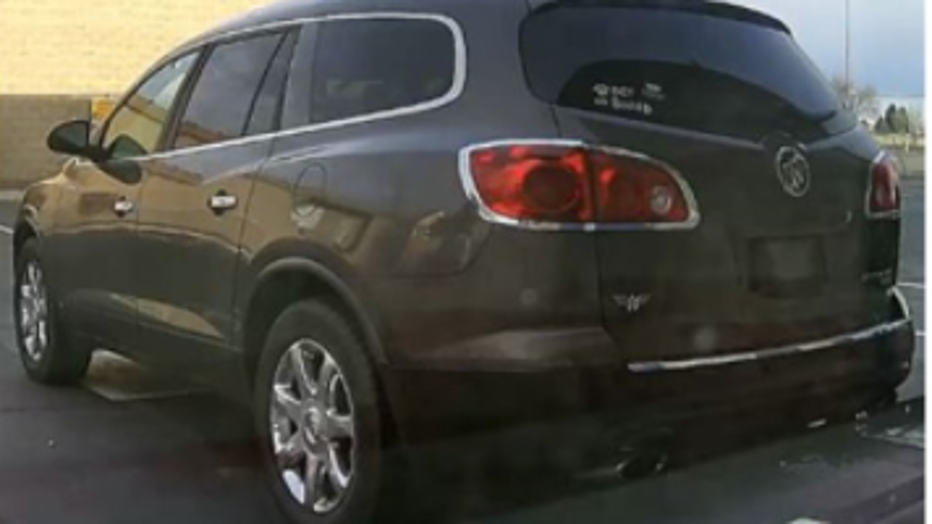 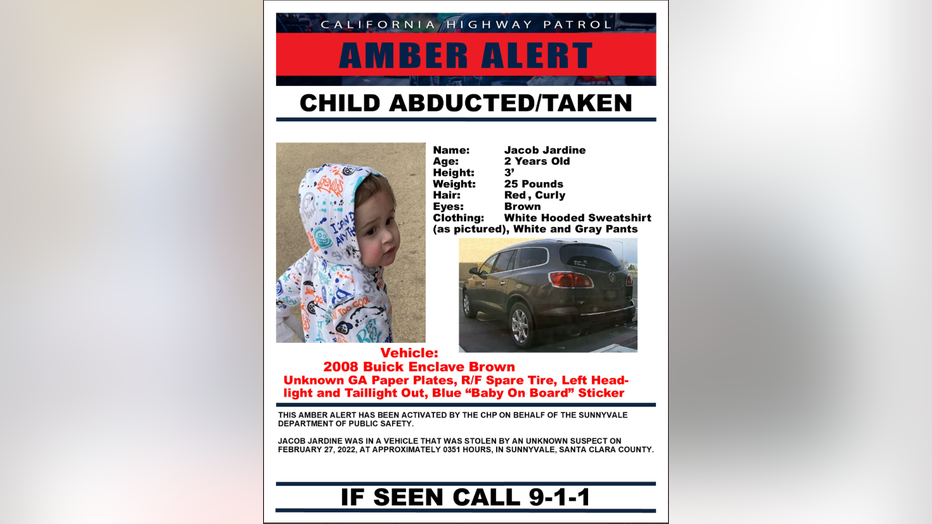 The CHP activated the Amber Alert on behalf of the Sunnyvale Department of Public Safety.

ALSO: Woman has been missing from Oakley for a month, volunteers continue search

Anyone with information is asked to call 911.

If you know Huynh, or have recently seen or spoken with her, please contact Sunnyvale police immediately at 408-730-7100.