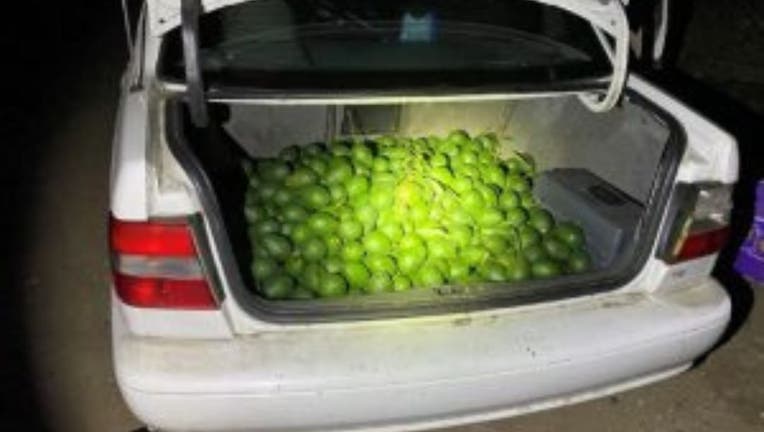 GOLETA, Calif. - A suspected avocado thief was charged with grand theft of fruit among other charges after he was caught with stolen avocados from a ranch in Goleta.

It happened May 8 near a ranch in the 6900 block of Cathedral Oaks Road.

According to the Santa Barbara County Sheriff's Office, an officer found the suspect, 44-year-old Tim Rounds of Lompoc, walking near his car which was stopped on the shoulder of the road.

Rounds was wearing a headlamp on his forehead and holding a bucket of avocados, officials said.

During a search of the car, deputies discovered the trunk was full of avocados. The ranch's owner was contacted and informed authorities Rounds didn't have permission to harvest their avocados.

He was booked at the Main Jail and released without bail.

The stolen avocados have since been returned to the ranch owner.