Broadway requiring audiences to be vaccinated

Broadways shows are back on, but you're going to have to be vaccinated and bring along proof if you want to get into the theater.

NEW YORK - In response to the surging delta variant of the coronavirus, all Broadway theaters in New York City will now require proof of COVID vaccination to attend a show. Masks must also be worn, announced the Broadway League.

In a statement released Friday, the trade organization said the new policy adopted by all 41 Broadway theater owners and operators will apply to audience members, performers, backstage crew, and theatre staff, for all performances through October 2021.

Guests must have a second dose of a two-dose COVID-19 vaccine, or had a single-dose COVID vaccine at least 14 days prior to attending a production. 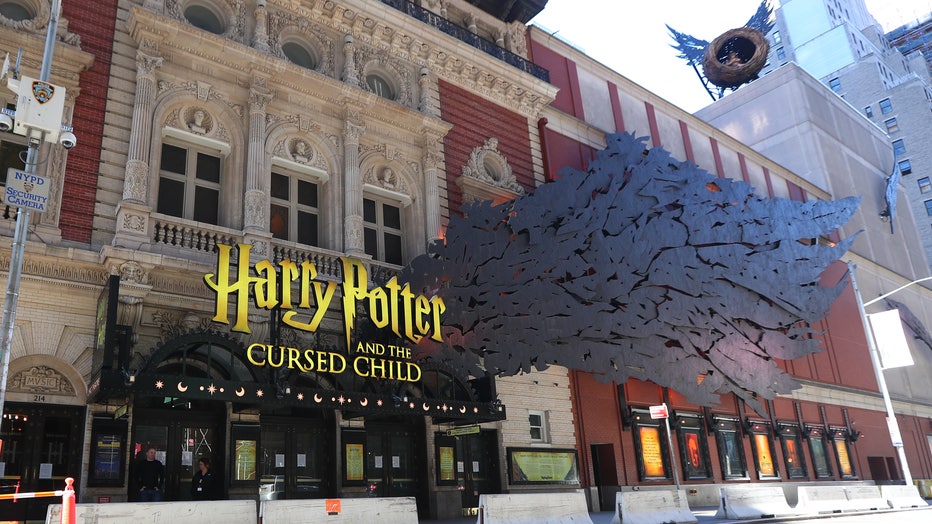 A general view of the Lyric Theater on West 43rd Street and Harry Potter and the Cursed Child marquis on March 14, 2020 in New York, NY. (Photo by Rich Graessle/Icon Sportswire via Getty Images)

Broadway shows were suspended on March 12, 2020 as the pandemic exploded, but most were allowed to resume in September if not earlier. Bruce Springsteen's one-man show is the only performance currently running on Broadway. Antoinette Chinonye Nwandu’s "Pass Over" is set to open Wednesday at the August Wilson Theatre.  Approximately 12-14 shows were expected to open in the fall.

The new vaccine and mask policy will be reviewed in September and may include a relaxation of certain provisions for November and beyond, added the League.

The staff members of the St. James Theatre on Broadway are thrilled to be back at work.

"As vaccination has proven the most effective way to stay healthy and reduce transmission, I’m pleased that the theatre owners have decided to implement these collective safeguards at all our Broadway houses," said Charlotte St. Martin, President of the Broadway League. " A uniform policy across all New York City Broadway theatres makes it simple for our audiences and should give even more confidence to our guests about how seriously Broadway is taking audience safety."

The move comes a day after Actors’ Equity Association, the union which represents nearly 52,000 actors and stage managers, said it would require cast and crew members to be fully vaccinated against COVID-19 or submit to twice weekly COVID tests.

All employees and customers at any of the Union Square Hospitality Group's restaurants must be vaccinated to eat or drink inside the establishments, according to owner Danny Meyer.

In what appears to be a growing approach to fighting the pandemic, mandatory vaccinations for all restaurant patrons in New York City could become a possibility.

Mayor Bill de Blasio announced Friday that "all options are on the table."

The statement comes a day after famed New York City restaurateur Danny Meyer said he would require all employees and customers to show proof of vaccination before working, eating, or drinking inside any of his restaurants.