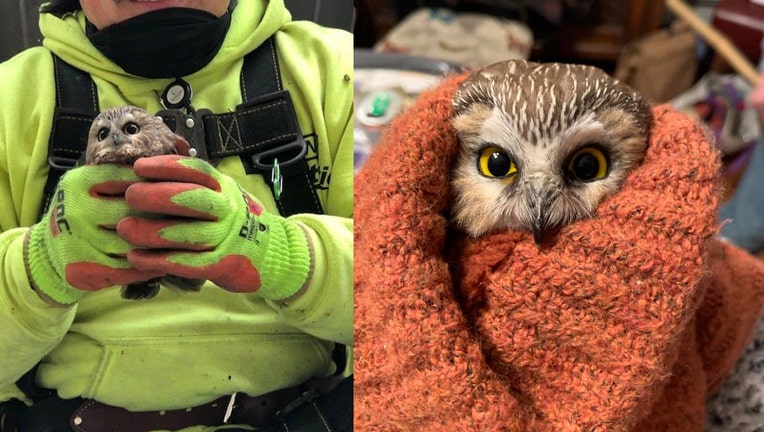 NEW YORK - What a sweet surprise!

Crews working to put up the famous Rockefeller Center Christmas tree in New York City discovered a tiny owl within its branches.

The Ravensbeard Wildlife Center says they received a call from a woman who says her husband, who is part of the crew that sets up and secures the 75-foot tree, found the little Saw-whet owl inside.

Staff met up with the woman to take the adorable owl back to the wildlife center.

"I peeked in the box and saw this little face looking up at me," the center wrote on Facebook. "All baby owls are born in the spring so the idea that there was a baby owl in November didn’t make sense."

The owl had not had anything to eat or drink in 3 days, so the center gave him fluids and "all the mice he will eat."

The staff says the owl, who they've named Rockefeller, appears to be doing well and once he gets a clean bill of health from the veterinarian, he will be released into the wild.