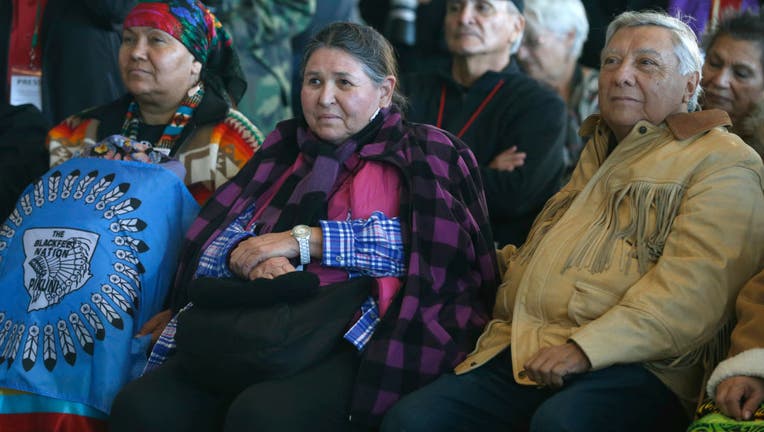 From left, Aurora Mamea, Sacheen Littlefeather and Jonathan Lucero attend a ceremony to commemorate the 50th anniversary of the Native American occupation of Alcatraz Island in San Francisco, Calif. on Wednesday, Nov. 20, 2019. Best known for refusin

LOS ANGELES - After nearly half a century, the Academy is issuing a long-overdue apology to Sacheen Littlefeather for mistreatment at the 45th Academy Awards in 1973.

At the time, "The Godfather" was the talk of the town, and it earned Hollywood icon Marlon Brando an Oscar for Best Actor that year.

Instead of a typical acceptance speech given at the podium, Brando sent Littlefeather in his place, not only to decline the award but to enlighten the crowd on the poor representation and portrayals of Native Indians in television and film.

Littlefeather, who was 26, was met with roaring boos from the audience and mocking by way of "tomahawk chops."

OSCARS: THE MOST SHOCKING (AND EMBARRASSING) ACADEMY AWARDS MOMENTS OF ALL TIME

Additionally, during this time, was an ongoing protest at a South Dakota town called Wounded Knee, where an activist organization, the American Indian Movement, was calling attention to the lack of inclusion and poor treatment of Native Americans. This topic being broached on national television was something that went directly against the media blackout enforced by the United States Justice Department.

Now, the Academy is apologizing to Littlefeather, for subjecting her to harassment and prejudice.

David Rubin, President of the Academy of Motion Picture Arts and Sciences, issued a formal apology, writing to Littlefeather, "The abuse you endured because of this statement was unwarranted and unjustified. The emotional burden you have lived through and the cost to your own career in our industry are irreparable. For too long the courage you showed has been unacknowledged. For this, we offer both our deepest apologies and our sincere admiration."

In an interview with The Hollywood Reporter, Littlefeather reflected on the profound moment, "I was stunned. I never thought I’d live to see the day I would be hearing this, experiencing this." 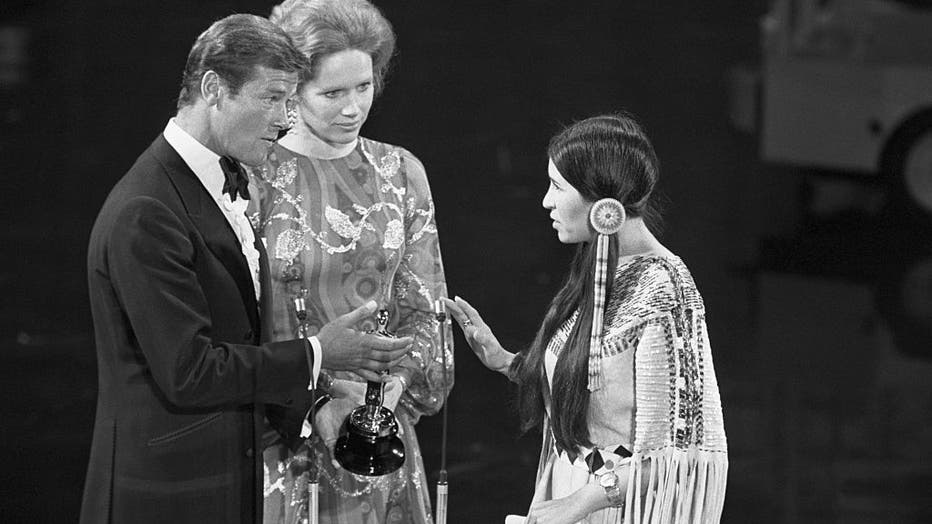 At the 1973 Academy Awards, Sacheen Littlefeather refuses the Academy Award for Best Actor on behalf of Marlon Brando who won for his role in The Godfather. She carries a letter from Brando in which he explains he refused the award in protest of Amer

The full statement will be read at the Academy Museum, which will honor Littlefeather during "An Evening with Sacheen Littlefeather" on September 17.

She will have a conversation with producer Bird Runningwater, the co-chair of the Academy's Indigenous Alliance.

Today, Littlefeather is living with metastasized breast cancer, but also lives with "love, gratitude and forgiveness."

Her visit to the museum will be her first.