Nearly six years after his unsolved murder, the family and friends of DeAndre Hughes are seeking justice.

LOS ANGELES - The family and friends of DeAndre Hughes continue to seek justice and announced a $50,000 reward Thursday for any information that could lead to an arrest and conviction in the unsolved murder.

Hughes was shot and killed in South Los Angeles nearly six years ago.

"To the people that did this, I just want you to know that every time we, us mothers, hear about somebody else, it rehashes our pain. You guys don’t realize the hurt that y’all put on us. Every day it’s a shooting and every day our wounds are reopened. And for what? And why? I’m standing here because an award has been offered for my son and I know that somebody knows something," his mother Barbara Pritchett said. 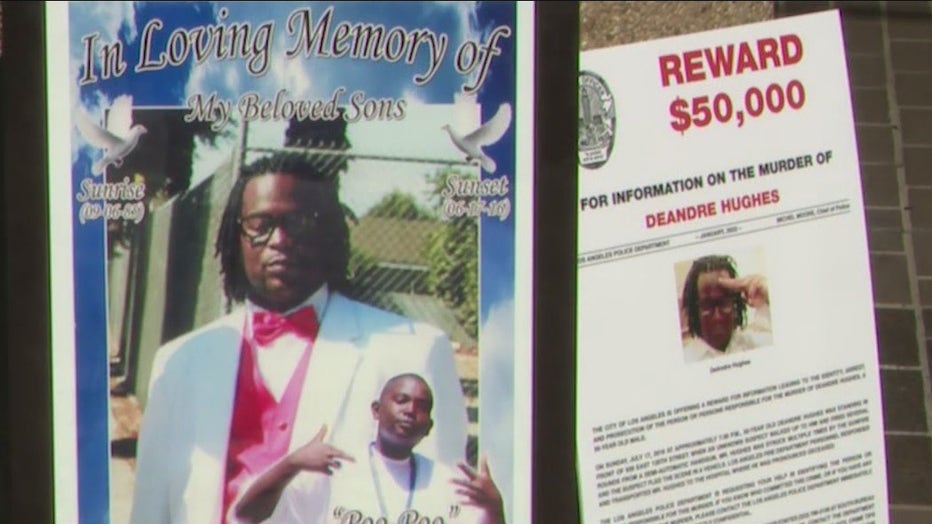 On July 17, 2016, Hughes was standing in front of his South LA home when a car pulled up and someone inside opened fire. Hughes died from his injuries sustained in the shooting.

Officials believe there are multiple witnesses due to the fact that at the time of the shooting, a crowd was gathered at a park across the street.

His loved ones hope someone will come forward and help authorities with the investigation.