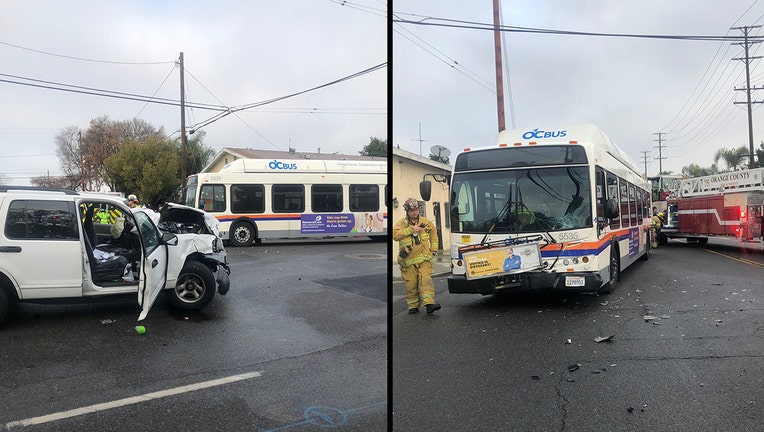 The crash, that prompted a Sig Alert, was reported around 8:30 a.m. in the area of S. Standard Avenue & E. Street Andrew Place.

Four passengers on the bus, along with the driver of the SUV, were transported to an area hospital for treatment, police said. None of the injuries were said to be life-threatening.

Details surrounding the cause of the crash were not immediately available.

Police asked that motorists avoid the area until further notice.