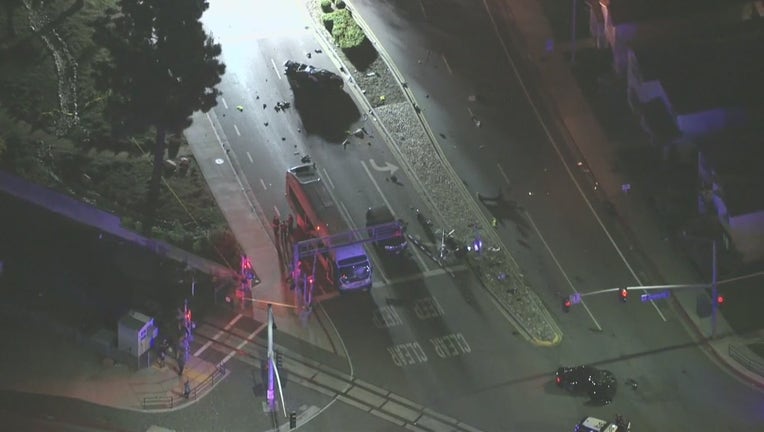 A multiple-vehicle wreck involving a Metro bus is under investigation in Baldwin Park. (FOX 11)

The Los Angeles County Fire Department responded to a call a little before 6:15 p.m. Friday. One person was taken to the hospital while three others were looked into at the scene.

Officials did not say what caused the crash involving the Metro bus.

The crash will remain under investigation through late Friday night.