Two adult men and two teenage girls were arrested for allegedly stealing $13,000 worth of supplies from an Upland beauty supply store and assaulting customers as they fled the store.

Upland Police were called to the Colonies on Friday night after reports that a group of people had robbed the store and assaulted two customers in the store. The suspected thieves had fled by the time officers had gotten to the store. Officials said they were able to get a description of the suspects' vehicle, and after searching the area posted up at various spots on the nearby freeway.

Officers eventually found a vehicle that matched the description — a tan Mercedes-Benz — and found four people in the car. The four people - two adult men and two teenage girls - were taken into custody on felony charges, according to police. Officers were also able to find more than $13,000 in merchandise from the car. 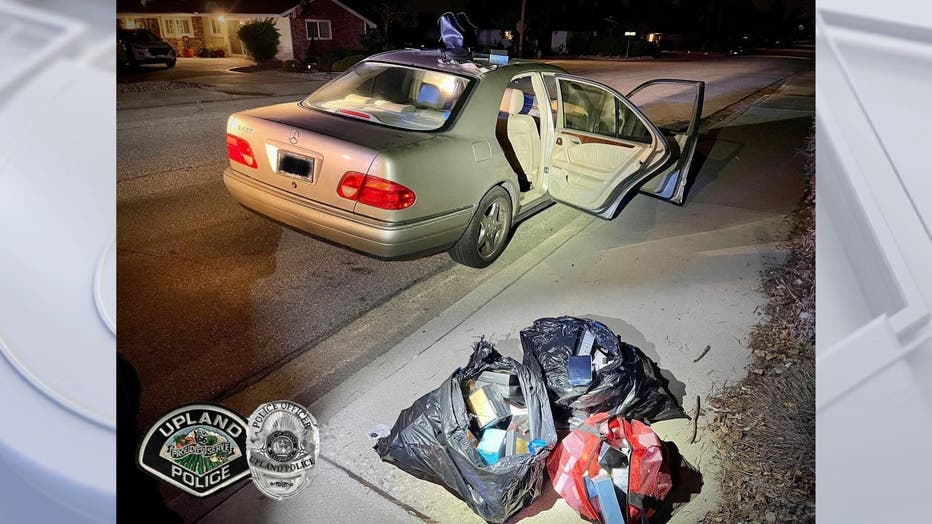 No other information on the suspects or the charges were made available.