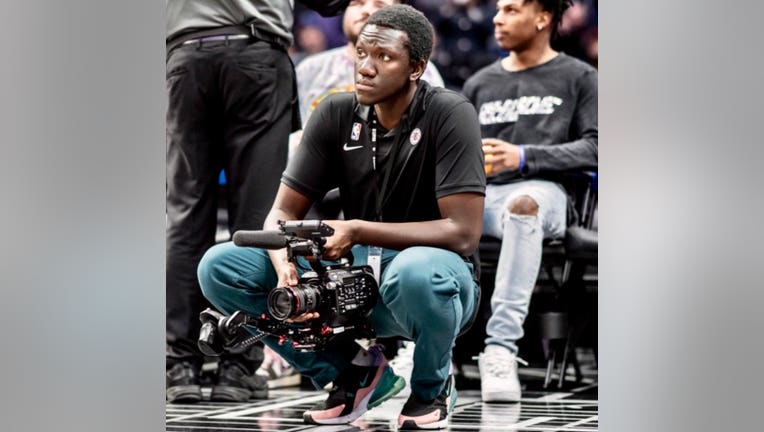 LOS ANGELES - The family, friends, and colleagues of 26-year-old Assane Dramè are devastated after learning he was killed in a car crash after he was reported missing Monday night. He is remembered as being a "gentle soul."

Dramè, who worked as a video producer in the digital media department for the Los Angeles Clippers, was last seen picking up equipment from the team’s administrative office in downtown Los Angeles near the intersection of 12th and Flower streets.

According to his sister, Fatou Dramè who lives in the Philadelphia area, his family became concerned after they received a call from the Clippers' human resources department that he did not show up for work.

His friends and family shared a missing person's flyer that began circulating on social media. By Wednesday evening, his sister confirmed Assane was found and that he was killed in a crash.

According to officials, Dramè pulled over on the 10 Freeway near the La Brea Avenue exit because his car, a 2012 Honda Accord, was not operable. A short time later, another car hit his vehicle, striking Dramè. He did not survive the injuries sustained in the crash.

The Clippers organization released a statement that said in part:

"The Clippers organization mourns the loss of Assane Drame, a dedicated employee, a talented videographer and a loyal friend. Assane came to the Clippers in 2019 as a video intern for our digital content group and ascended to video assistant. He was a hard worker and a gentle soul, passionate about his craft and kind to his colleagues, earning the respect and admiration of players, coaches and staff."

Some of Assane's friends and peers in the sports world took to social media to react to his passing. 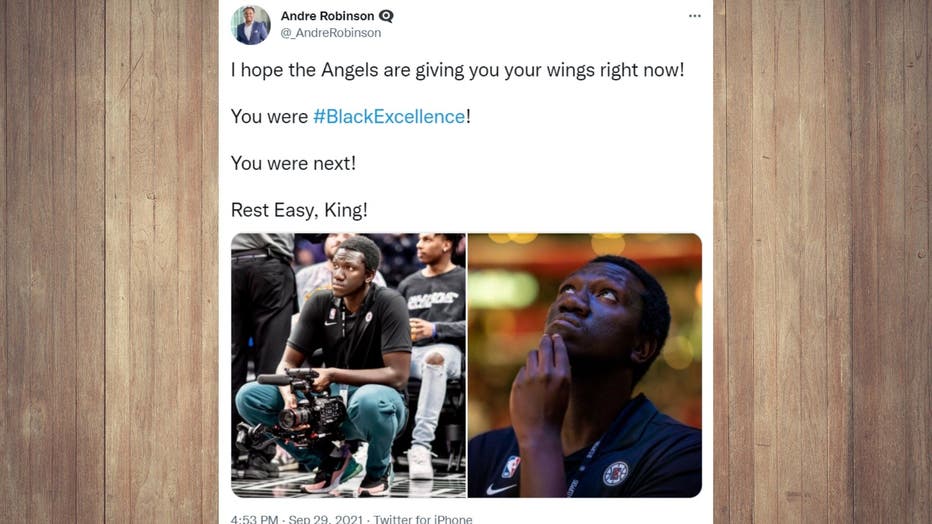 The Clippers are currently in training camp at San Diego State University before NBA preseason games begin next week.

The talented video producer lived in the Mar Vista area and his roommate was active in her efforts to help find him.

Hours before learning of his death, his roommate and other friends were planning to print and post flyers throughout the West Los Angeles area.

Dramè graduated with honors from Rowan University with a degree in Radio, Television, and Film.

He started working as an intern for the Clippers before being promoted to a full-time staff member as a video assistant.

In addition to working for the Clippers, he interned for FanSided and NBC Sports Philadelphia.

Dramè graduated from Lindenwold High School in Lindenwold, N.J. where he was active in theater, basketball, track and field, and student government.