SYDNEY - As the deadly wildfires in Australia continue to rage, authorities say more than 180 people are facing legal action for fire-related offenses since late last year — including two dozen people who have been charged for allegedly setting some of those fires intentionally.

The fires, fueled by drought and the country’s hottest and driest year on record, have been raging since September. The blazes have killed at least 25 people, destroyed 2,000 homes, killed millions of animals and scorched an area twice the size of the U.S. state of Maryland.

The New South Wales Police Force said Monday that it has taken legal action against 183 people for 205 bushfire-related offenses since Nov. 8, 2019, including 40 juveniles.

Authorities said 24 people have been charged over alleged deliberately-lit fires. 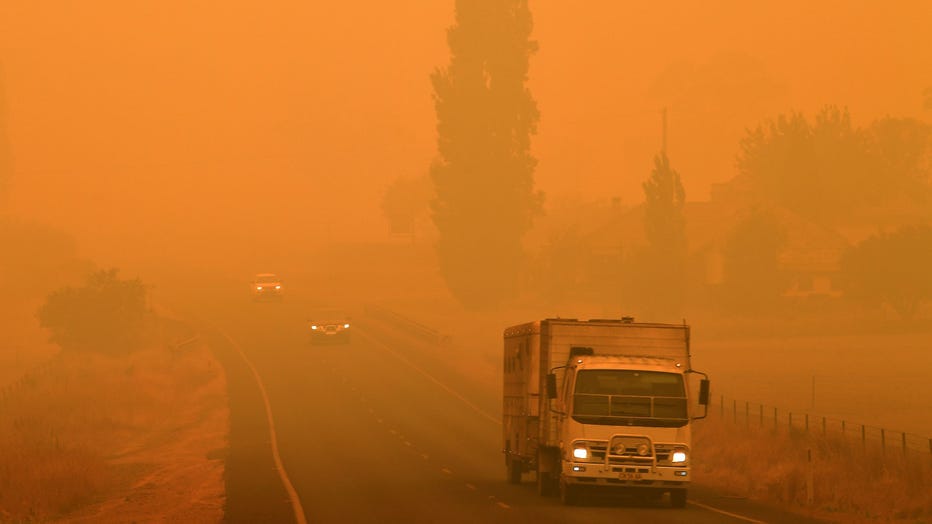 Residents drive on a road through thick smoke from fires in Bemboka, in Australia's New South Wales state on Jan. 5, 2020. (Photo by SAEED KHAN/AFP via Getty Images)

Starting a bushfire and being reckless in causing its spread can result in up to 21 years in prison, the New South Wales Police Force said.

The legal action ranges “from cautions through to criminal charges,” the police force said.

Across New South Wales, 130 fires were still burning on Tuesday, around 50 of which were uncontrolled.

The day’s cooler, rainier weather was providing thousands of weary firefighters a “psychological and emotional” reprieve as they scrambled to strengthen containment lines around the blazes before temperatures rise again, said Shane Fitzsimmons, commissioner of the New South Wales Rural Fire Service.

“It really is about shoring up protection to limit the damage potential and the outbreak of these fires over the coming days,” he told the Australian Broadcasting Corp.

Meanwhile, dozens of celebrities who are originally from Australia spoke up about the devastation during Sunday’s Golden Globes. Many have also taken to social media to talk about their donations and how fans can pitch in.