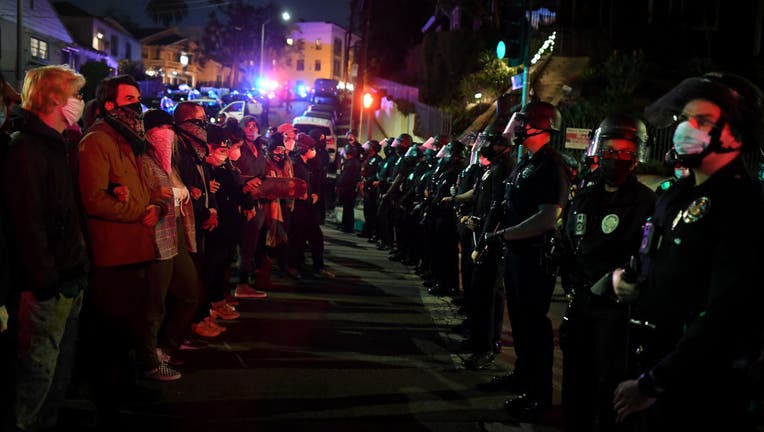 The lawsuit alleges that the LAPD has "a longstanding policy, custom and practice of obstructing, targeting, and retaliating against members of the press for exercising their First Amendment rights to gather news regarding police officer activity in public places, particularly during protests against police brutality."

Jon Peltz and Kate Gallagher work for the non-profit, independent news website Knock LA and their attorneys claim their First Amendment rights were violated when they were arrested on March 21, 2021.

"Unlawful arrests and police brutality against journalists are both a local and a national problem," said Shaleen Shanbhag, one of the plaintiffs' attorneys. "Since 2020, police have assaulted journalists across the country more than 600 times and made more than 200 arrests of journalists -- most of the arrests in 2021 and 2022 coming during coverage of police evicting unhoused people from their encampments. This horrific behavior must stop, and we intend to have a jury hold the LAPD accountable."

An LAPD spokesperson said the department does not comment on pending litigation.

On the night of the arrests, nearly 200 people were arrested when a large crowd refused to disperse during a protest over unhoused residents facing evictions at a homeless encampment at Echo Park Lake.

It was the second night of protests as unhoused residents refused to leave the area in order for the city of Los Angeles to the encampment, which was a $500,000 renovation project. 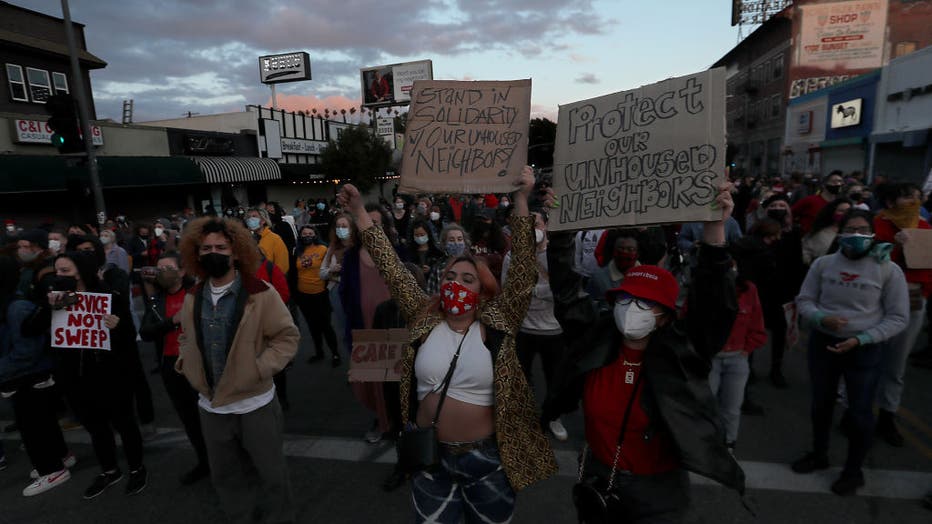 Earlier that evening, the LAPD declared the area of Lemoyne Street and Park Avenue an unlawful assembly. The decision came as the crowd allegedly pointed "high-intensity strobe lights" at the officers’ eyes causing temporary blindness.

The LAPD said once Peltz and Gallagher identified themselves as members of the media, they were released at the scene. Their attorneys claim at least 14 journalists were detained by the LAPD while covering the protests.

Peltz and Gallagher were never charged. However, in the lawsuit filed against the LAPD and LAPD Chief Michel Moore, they allege their arrests violated their constitutional rights and a California law protecting journalists.

"Journalism is not a crime," said UC Irvine law school Professor Susan E. Seager. "The LAPD treated Jon and Kate like criminals because Knock LA is not part of the establishment press. But the First Amendment – and the LAPD’s own policy – do not  require reporters to work for the mainstream media or carry official LAPD press passes."

In a press release, Peltz said the LAPD mishandled the situation that evening.

"It was clear that we were arrested because the LAPD did not want anyone - especially the media - to observe their egregious and unlawful conduct at Echo Park Lake. The department behaved with brazen lawlessness to silence voices critical of the department," Mr. Peltz said in a press release.

Attorneys representing Peltz and Gallagher said members of the media did not obey the LAPD’s orders to move to a designated area because it had an obstructed view and they were unable to see how the officers were interacting with protesters and the unhoused residents.