The pursuit happened while Kansas City was celebrating the Chiefs’ win over the San Francisco 49ers in Super Bowl LIV.

Investigators said a vehicle breached the parade barrier on the northern end of the route around 8:12 a.m. local time. 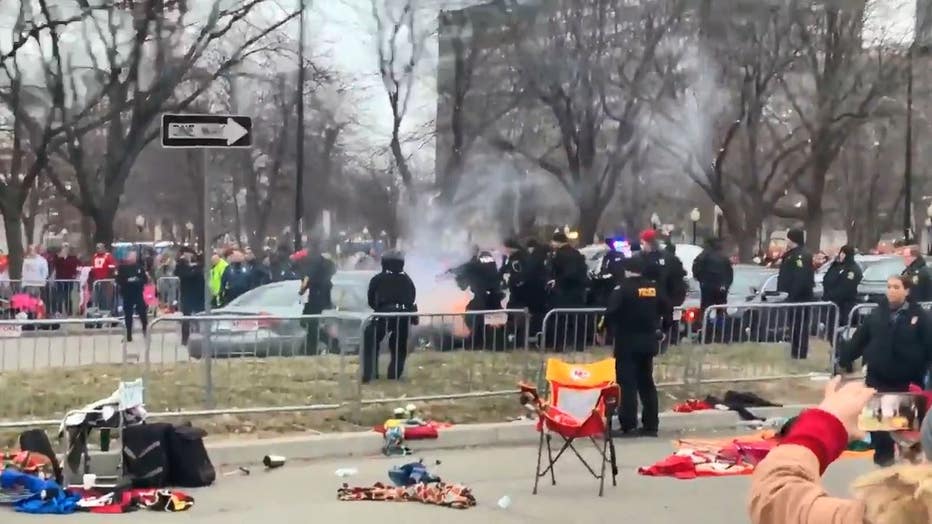 Every officer working the parade was notified, according to a statement tweeted by the department.

Deputies from Clay County used stop sticks to pop the suspects' tires. But that wasn't enough to bring the pursuit to an end.

Police said the suspects continued south towards a crowd of bystanders. Officers were prepared to use patrol units to block the road.

Before it got that far, authorities used a PIT maneuver to stop the fleeing car, which means the pursuing officers used the nose of the patrol car to nudge the rear of the suspects’ car and spin them out.

Once the car spun out, another unit ramed the nose of it and officers swarmed the car with guns drawn.

Onlookers applauded police as they took two into custody.

"As far as we can tell, there are no injuries,” the police department tweeted. “Great work by our officers!“

Police do not have a motive at this time, but are investigating the driver for impairment.

After searching the car, officers didn't find any weapons or links to terrorism.

Kansas City is celebrating the Chiefs’ 31-20 win over the San Francisco 49ers in Super Bowl LIV.