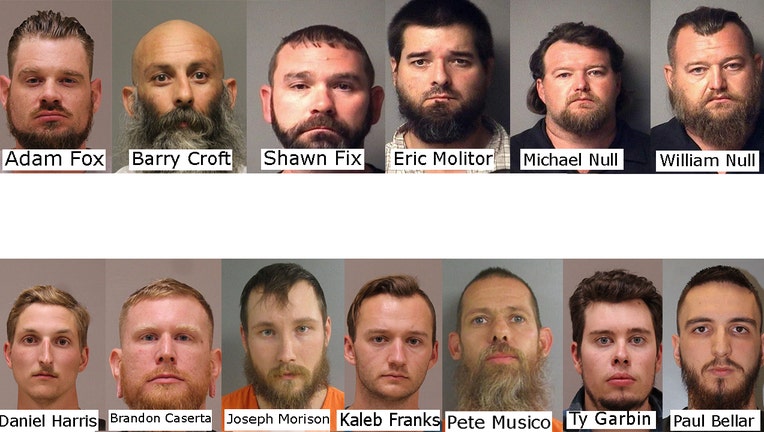 DETROIT (FOX 2) - Michigan Attorney General Dana Nessel and the U.S. Department of Justice have filed charges against a total of 13 men, 6 on the federal level, and 7 on the state level, with multiple charges including domestic terrorism and conspiracy.

Multiple law enforcement agencies including the FBI and Nessel held a press conference Thursday afternoon after it was announced that six people had been arrested for plotting to kidnap Gov. Gretchen Whitmer.

Croft is the only man of those charged on the federal level who lives outside of Michigan.

According to the complaint filed by federal authorities, the men were planning to kidnap the Democratic governor from her private residence in West Michigan, set of improvised explosive devices (IEDs) to slow the response of police, and then take Whitmer to a secluded area of Wisconsin where she would be tried for "treason."

Michigan Governor Gretchen Whitmer said men who are accused to be involved in a plot to kidnap her are sick and depraved and thanks law enforcement for stepping in to put an end to it.

The six men charged in federal court plotted for months, consulting and training with members of a group that federal authorities described as a militia, and undertaking rehearsals in August and September, according to an FBI affidavit. They were arrested Wednesday night and face up to life in prison if convicted.

Four had planned Wednesday to meet to "make a payment on explosives and exchange tactical gear," the FBI said in the court filing.

The FBI quoted one of the accused as saying Whitmer "has no checks and balances at all. She has uncontrolled power right now. All good things must come to an end."

Above raid video from Wednesday in Hartland that led to the arrests of suspects charged with the plot to kidnap Gov. Gretchen Whitmer. Explicit language is used. Video credit:  Austin Burnett via TMX.news

“There has been a disturbing increase in anti-government rhetoric and the re-emergence of groups that embrace extremist ideologies,” Attorney General Nessel said. “These groups often seek to recruit new members by seizing on a moment of civil unrest and using it to advance their agenda of self-reliance and armed resistance. This is more than just political disagreement or passionate advocacy, some of these groups’ mission is simply to create chaos and inflict harm upon others.”

Authorities said the men wanted to conduct a civil war against law enforcement and attack the Capitol in Lansing.

The alleged conspiracy has been under investigation for months and involves individuals from 19 different communities from one side of the state to the other. 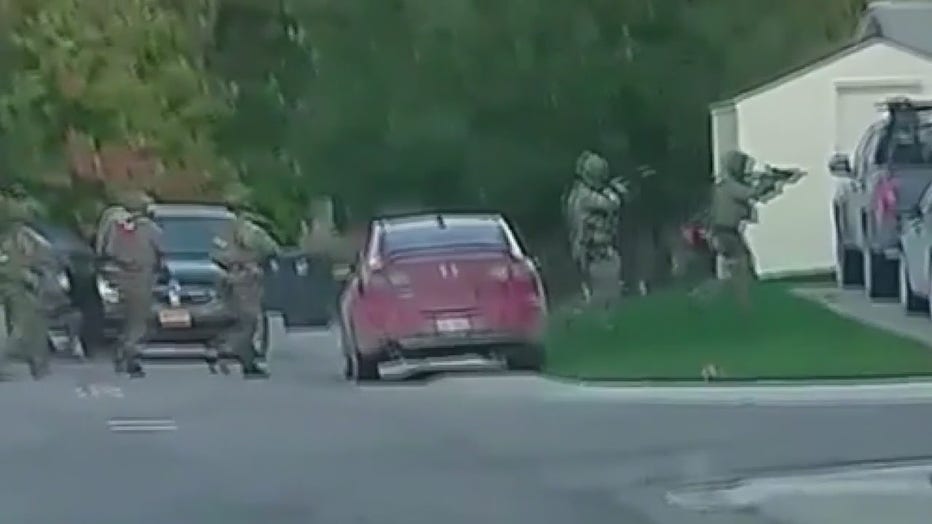 A raid at a suspected militia member's residence in Hartland Wednesday. Still photo from video by: Austin Burnett via TMX.news.

The seven men are accused of identifying the homes of law enforcement officers and making violent threats "intended to instigate a civil war," Nessel said.

They trained for an operation to attack the Michigan Capitol and to kidnap officials, including the governor, Nessel said.

"All of us in Michigan can disagree about politics, but those disagreements should never, ever amount to violence. Violence has been prevented today," Detroit U.S. Attorney Matthew Schneider told reporters.

Whitmer, who was considered as Joe Biden's running mate, has been praised but also deeply criticized by the Republican-controlled Legislature and conservatives areas of the state for Michigan's response to the coronavirus. She put major restrictions on personal movement throughout the state and on the economy, although many of those limits have been lifted. The governor has exchanged barbs with Trump on social media, with the president declaring in April, "LIBERATE MICHIGAN!"

He has referred to Whitmer as the "woman in Michigan." There's no indication in the criminal complaint that the men were inspired by Trump. Authorities also have not publicly said whether the men were angry about Whitmer's coronavirus orders. 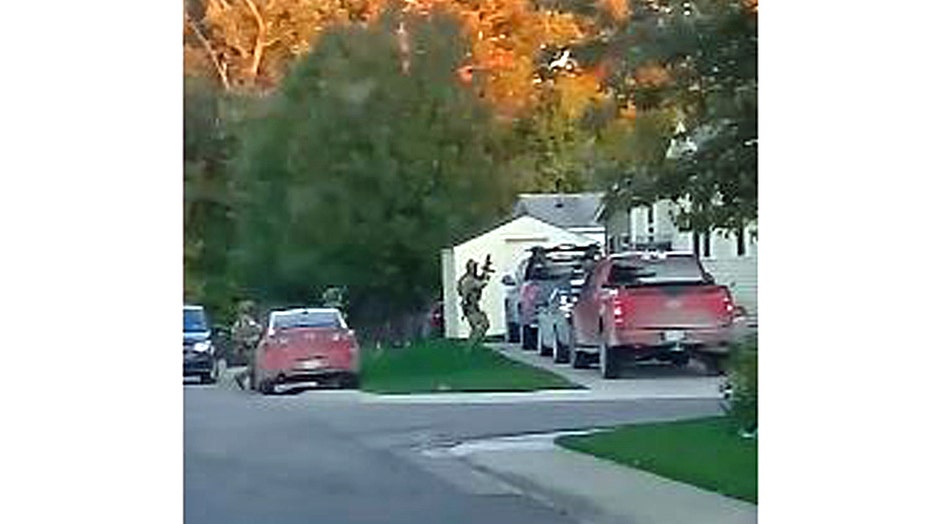 Photo still of one of the raids taken from video credit: Austin Burnett via TMX.news