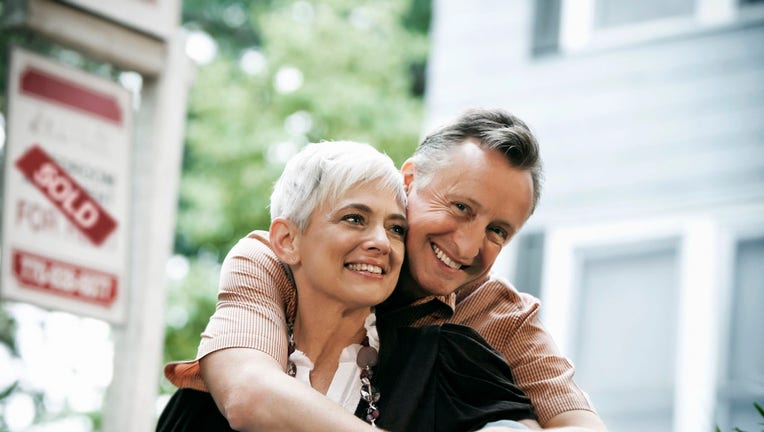 While it's easy to point a finger at older generations who are eating up a disproportionate amount of housing inventory, baby boomers may not be to blame. (iStock)

It's a running joke that millennials can't afford to buy homes because they're spending too much money on avocado toast, but young consumers say there's a much different roadblock standing between them and the American dream of homeownership: Baby boomers with a tight grip on the country's housing inventory.

Baby boomers own a disproportionate amount of real estate in the United States, and some are choosing to "age in place" instead of downsizing to a smaller condo or moving into a retirement home. Still, there are much larger economic forces at work that are contributing to the housing shortage and making it more difficult for prospective homebuyers to achieve homeownership.

Buying a home in today's hot real estate market may be challenging, but it can still be a worthwhile investment — especially in this environment of historically low mortgage rates. If you're considering buying a home or refinancing, compare mortgage interest across multiple lenders at once on Credible without hurting your credit score.

As younger generations struggle to enter the real estate market, many are pointing their fingers at baby boomers who are overstaying in their homes and refusing to downsize. A 2021 survey by the National Association of Realtors (NAR) found that baby boomers expected to own their homes for 20 years — longer than any other generation — despite making up the largest share of sellers.

Baby boomers account for about 44% of America's housing wealth despite only making up 28% of the adult population, according to the Federal Reserve and Census Bureau population estimates. And 45% of baby boomers were able to buy their first home by age 34, compared with 37% of millennials between 25 and 34 who own homes, according to the Berkley Economic Review.

But to say that baby boomers alone are responsible for the shortage of affordable housing in America is an oversimplification that ignores a number of factors that have caused the housing shortage.

One of the largest underlying reasons for the current housing shortage is a decades-long trend of underbuilding, according to a report commissioned by the NAR. Whereas the housing inventory increased at an annual rate of 1.7% from 1968 through 2000, it dropped to 1% in the past two decades and 0.7% in the past decade:

The COVID-19 pandemic exacerbated the housing shortage, temporarily halting building and driving supply even further down, the report found. Post-pandemic economic recover is underway, but it will take years or decades to fill the underbuilding gap, according to the report.

Is it still a good idea to buy a home amid the housing shortage?

Despite airtight inventory that's suffocating a competitive housing market, it's still a good time to buy a home instead of waiting around for lower prices. Real estate is an appreciating asset that can build wealth over time. Although median listing prices are at record highs now, the value of real estate is still predicted to appreciate over time — due in part to the fact that housing inventory likely won't fully catch up with demand without a drastic jump in new construction.

While low inventory has made the housing market more competitive than ever, prospective homebuyers are also at an advantage when it comes to taking out a mortgage. Current mortgage rates are hovering near record lows, which means there's never been a better time to take out a home loan or refinance your existing mortgage.

Rates on a 30-year mortgage are averaging below 3%, and interest rates are even lower on shorter-term mortgages, according to Freddie Mac. Today's mortgage rates won't stick around forever, though, especially since the Federal Reserve predicts two rate hikes by 2023.

Lock in your historically low interest rate by getting preapproved for a mortgage on Credible. You can check your estimated mortgage rate without impacting your credit score.

If you can't buy a new home, consider refinancing your current mortgage instead

Another issue that's making the housing shortage worse is that American homeowners are hesitant to sell their homes because there's a lack of new listings. But homeowners don't have to relocate in order to take advantage of today's low-interest-rate environment.

Mortgage refinancing may help you lock in a lower rate than what you're currently paying so you can lower your monthly payments, pay off your mortgage faster and save money over the life of your home loan. And with the elimination of a pandemic-era refinancing fee, mortgage refinancing is more favorable than ever before.

See how much money you can save through refinancing by checking your new estimated mortgage rate on Credible. You can compare mortgage rates without impacting your credit, and estimate your new repayment schedule with a mortgage calculator.